Cheating Team
The Gammas are the main antagonistic faction in the 2000 animated Disney film An Extremely Goofy Movie.

Under leader Bradley, the Gammas are known for their arrogance of winning many X-Games, as they consider themselves as winner as opposed to everyone else. They are also very dirty cheaters--such as sabotaging their rivals' equipment to get in the lead during the races.

However, this wasn't the case when the Gamma were challenged by Max Goof and his friends during the X-Games. During the final race, with the help from his father Goofy, Max and his friend were able to win the X-Games, leaving the Gammas in utter defeat.

As such, the Gamma are dismayed over their loss, with the exception of Tank, who angrily deals with Bradley; kicking him out of the fraternity and then throwing him at the news blimp as revenge for getting him and Max nearly killed by his last cheating attempt. It is presumed under Tank's leadership the Gammas became an honest team that played fairly instead of cheating. 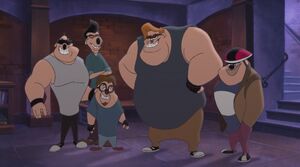 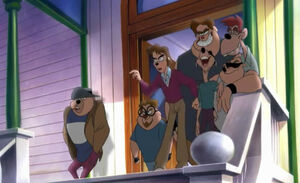 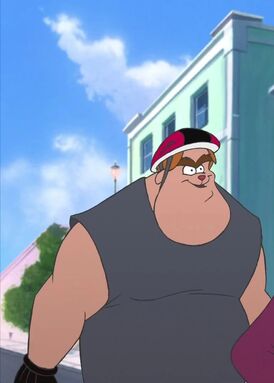 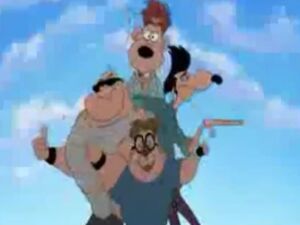