Leader of the Sons of Samedi

The General (real name: unknown) was the leader of The Sons of Samedi, and served as the main antagonist of the "Sons of Samedi" storyline in Saints Row 2, as well as one of the three secondary antagonists of the game as a whole (alongside Maero and Kazuo Akuji.)

He is voiced by Greg Eagles, who also voiced Grim.

Little of his background prior to relocating criminal operations to Stilwater was ever revealed, but it is believed that he was originally a general in the Haitian Army, or a former Haitian warlord. The General was a cool-tempered and polite gangster, who often referred to his men "gentlemen" or "sir." He always dressed in a white suit which displayed the trim of his flags, and was frequently seen smoking a fancy cigar.

Despite his professional appearance, the General was a ruthless warlord known to control his gang through fear and intimidation. He expected utter loyalty from his minions, and often resorted to mutilation as a form of punishment for anyone displaying insubordination or failure within the ranks. This was further supported when he ordered Veteran Child to slice off the hand of a now-deceased drug dealer who failed to turn over his profits on time.

The General remains calm and calculated even when his business operations start falling apart thanks to the 3rd Street Saints. Despite all the setbacks, he continues to lead and direct his minions with an "iron fist." Mainly, it was business as usual, but once someone got his attention, he never hesitated to deliver the full war capabilities of the Samedi. After the Boss started picking his operations apart, he was targeted and attacked by the Saints. The Boss and Shaundi chased after him in the mall and the General finally attacked them with his armored Bulldog. The Boss chased down and blew up the vehicle, killing the General and ending the Sons of Samedi. 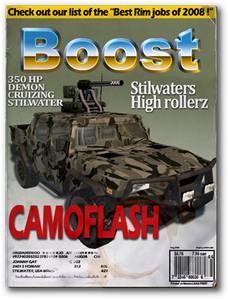 This article contains content derived from the "The General" article on the Saints Row Wiki, licensed under CC-BY-SA.