Animalistic Robbers
The Gorillas are a gang of cockney robbers and supporting antagonists of Illumination's 7th feature film Sing and supporting characters in Sing 2. They consist of Johnny, his father Big Daddy, Stan, and Barry.

Big Daddy is the leader of the gang, and wants his son to take a more active role in their heists.

A reluctant member of Big Daddy's gang, Johnny would much rather be a singer, which often conflicts with the robbers' activities.

Another henchman of Big Daddy, Barry traditionally serves as the gangs' getaway driver.

All gang members are anthropomorphic gorillas with black fur and grey muzzles. Johnny wears a black leather jacket over a green shirt with a lightning bolt design, blue jeans, and dark blue tennis shoes, while Big Daddy wears a blue shirt with darker blue jeans. Barry wears a black shirt with an orange tie, and indigo overalls, while Stan wears an aqua suit and orange tie.

During robberies, each gorilla (except Johnny) wears sky blue jumpsuits and rabbit masks. When Big Daddy, Barry, and Stan are sent to prison, they wear matching orange uniforms.

As a mobster, Big Daddy has a very rough, alpha-male attitude. In contrast, Johnny has a gentle soul and a passion for singing. When Big Daddy finds out, he scorns Johnny, but changes his mind once exposed to Johnny's talent.

Barry and Stan display little personality besides loyalty to Big Daddy. Barry enjoys being the getaway driver, only halfheartedly agreeing to let Johnny drive during the ship heist. Neither Barry nor Stan bear ill will towards Johnny for inadvertently getting the rest of the gang arrested; both enjoyed his performance and cheer his father on when Big Daddy breaks out of jail to apologize.

The gorillas are introduced robbing a bank; Johnny was supposed to watch for police outside, but instead sings "The Way I Feel Inside" with his eyes closed. As a result, he fails to alert the rest of the gang to two rhino officers. The robbers manage to escape, but Johnny is scolded by his dad for his negligence, as well as failing to wear his rabbit mask.

Later, the gang makes plans to steal $25 million in gold from a ship. Barry is asked by Big Daddy to let Johnny be the getaway driver; he reluctantly agrees. However, the heist coincides with a rehearsal at the Moon Theater, so Johnny leaves his post, his reckless driving to the theater causing two cars to collide. Unfortunately, when leaving the rehearsal Johnny becomes stuck in a traffic jam built from that earlier accident, leading to the other gang members' arrest.

Johnny visits his father in prison, and admits that he wants to be a singer. Big Daddy coldly disowns him, but later he, Barry and Stan watch Johnny's performance of "I'm Still Standing" on the jail's TV. Proud of his son's talent, Big Daddy breaks out of prison to apologize, Barry and Stan cheering him on. 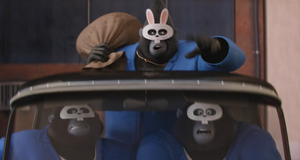 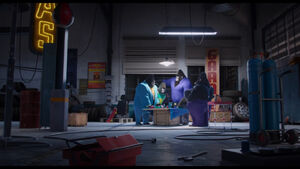 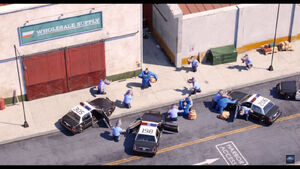 The gorilla robbers are arrested. 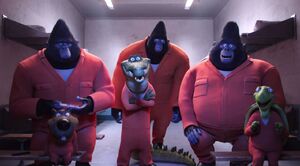 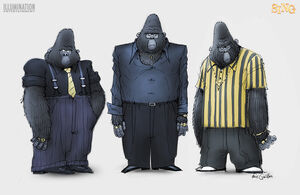 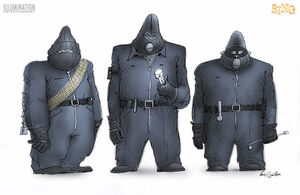 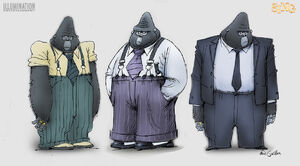 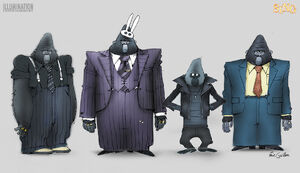 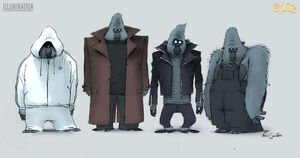