Harold was the son of Margaret Shelburne (The Dire Mother), a 3 feet tall midget, who worked as a circus freak due to her size and her doll-like appearance. Harold was born after his mother was raped by the "Tall Man", another circus freak. He was always spoiled by his mother like a little baby, and as a result, was infantilized and wore diapers his entire life. His life was rather rough, as him and his mom were mocked at every turn and teased and tormented relentleslly even by the other freaks because of the poor parenting his mom did. One day, some of the circus freaks decided to play a joke on him by kidnapping Margaret. Enraged, he ran after them, only to find out his mother accidentally died by suffocation in the bag she was being kept in. Harold went completely berserk and chopped the kidnappers with an axe, along with destroying the entire carnival, making the circus almost lifeless. Then, he displayed the freaks' parts for remaining paying customers to see. The carnival owner, Jimbo, after hearing about his employees' deaths, ordered a massive crowd to tear Harold to shreds. 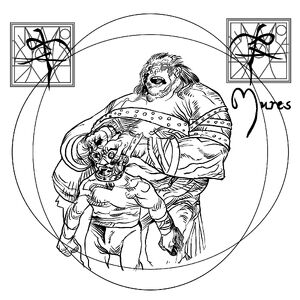 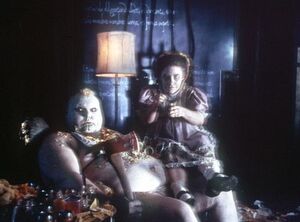 Retrieved from "https://villains.fandom.com/wiki/The_Great_Child?oldid=3048082"
Community content is available under CC-BY-SA unless otherwise noted.