Character on the Foggel Friends (formerly)

Inhabitant of an abandoned apartment

The Greeter is one of the secondary antagonists of the 123 Slaughter Me Street series. She was formerly a member of the Foggel Friends, a TV show for children, and was created by Tim Denson.

The Greeter is the second enemy encountered, first appearing on floor 6. She will pop out of one of the doorways to the side of the player at random, and must be warded of by shining the flashlight at her. Failing to do so in time or walking into her will result in her attacking, leading to a game over. At the end of the game, the trio of puppets corner and slowly approach Tim as he is trapped in a burning room, presumably killing him.

The Greeter's retro counterpart shares the same mechanics of popping out of random doors, however she will not attack the player if they take to long to use the flashlight on her.

Like The Follower and The Waiter, The Greeter does not play an active role in Slaughter Me Street 2, instead being replaced by The Stalker. Each level, she will be found lifelessly positioned around the house. She also appears in the loading screen with the other enemies.

The Greeter is a human-sized bipedal bird puppet with pink feathers and a brown beak and skin. Her arms are completely bare up to her elbows, she has two large, rounded talons on each foot, and her horns are black and thin, resembling the antlers of a gazelle. While her eyes appear empty, she has small white pupils and red irises that are usually not visible.

Her retro counterpart is a lighter shade of pink, with a light gray underbelly and silver horns. Her appearance in the prequel is mostly the same, though she now has longer fur and sky blue eyes. 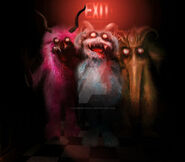 The Follower and Greeter on the boxart 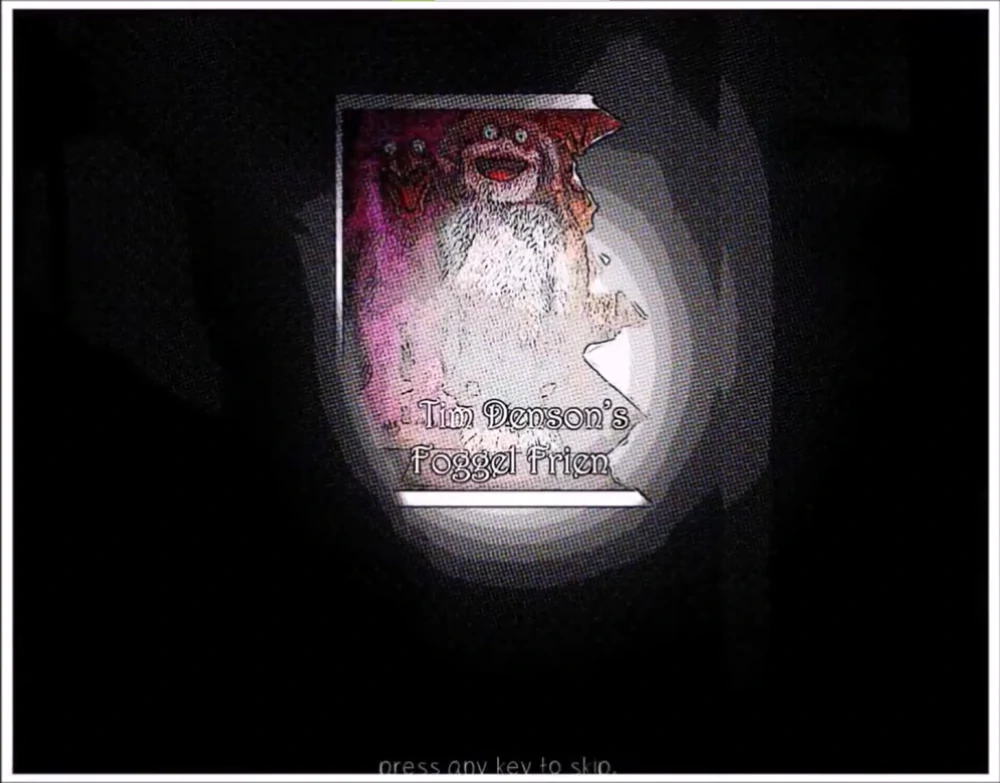 A poster in the game's intro

The Greeter popping out of a doorway 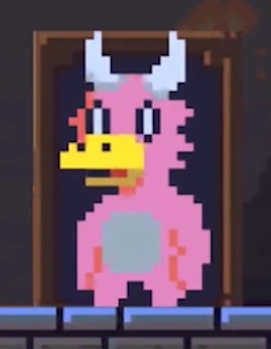 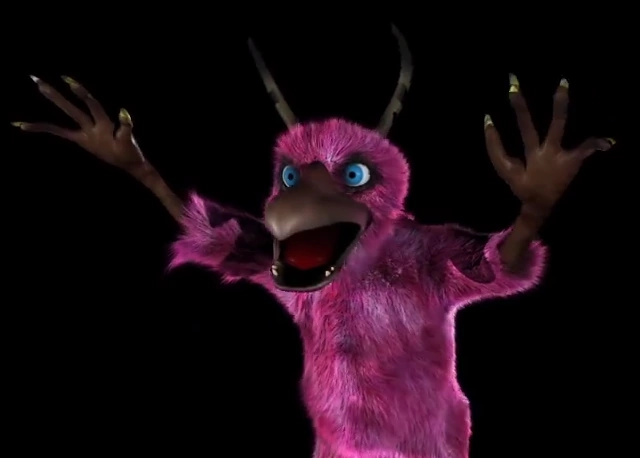 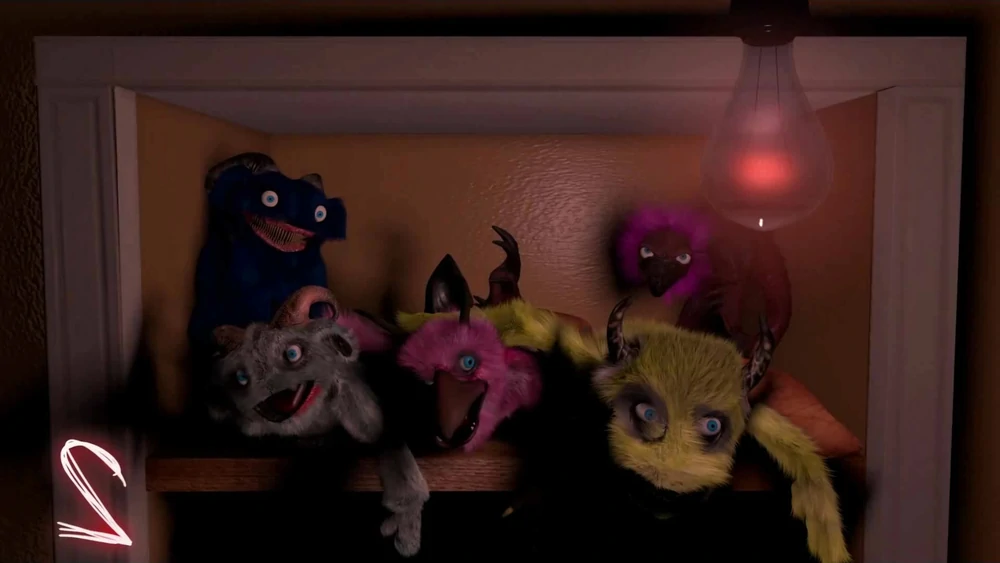 Achievement for finding the FluffyTown poster

Achievement for collecting all icons

The Greeter on the 123 Slaughter Me Street Wiki