Unlike most of the other killer ghosts in the film, his motives were considered to be pretty understandable by viewers, and is considered a tragic villian since the only people he killed were his family's murderers and that the law enforcement was corrupt. 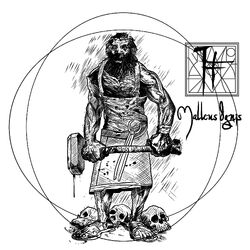 Retrieved from "https://villains.fandom.com/wiki/The_Hammer?oldid=2668515"
Community content is available under CC-BY-SA unless otherwise noted.