The Darkness
The Horde

Stealing and hoarding everything they can find.

Collect everything in the Craftverse for themselves.

The Hoard are the main antagonists of the 2012 racing video game LittleBigPlanet Karting. They are a race of Sackperson-like thieves that seek to steal everything in the Craftverse that they can for the sole purpose of stashing it away on their home planet.

The story begins after the events of LittleBigPlanet 2. The narrator is introducing Sackboy when the Hoard swoop in and begin racing around in their karts, stealing everything they can grab in the landscape. Sackboy wants to fight them off, but the narrator informs him that he will need a race car to take on the Hoard, challenging them to races and vehicular combat to defeat them.

After getting his cart, Sackboy goes to LittleBigPlanet's Craftworld and meets up with the Queen, who asks that Sackboy help rid the Hoard menace from the land, as they have been stealing treasure and harassing livestock. Sackboy agrees and races the Hoard, winning and driving them away from the kingdom. Next, he goes to the honeymoon of Frita and Don Lu, where the Hoard have stolen all of the wedding presents. Sackboy races again and drives the Hoard away, then goes to the Canyons and races them in the Serpent Shrine and Mines. The Hoard return to the kingdom, and reach the gates of the castle, so Sackboy and the Sackbots engage them in an arena-style battle. Sackboy triumphs and is hailed as a hero, and is sent by the Queen to other worlds to save them from the Hoard.

Next, Sackboy travels to the tropical Monster Islands, which are also being ravaged by the Hoard. Ray the Wonder Turtle warns Sackboy of the green goo in the islands' waters, telling him that the Hoard's karts explode when they fall into it. Sackboy races them, and is later tasked by Ray with finding the mythical Huge Monster. They find her, but she is captured and held by the Hoard. A race is held and Huge Monster is freed, but the Hoard are hot on her trail using sailboats. They follow her to her home island and, after another race, try to steal her egg, which will give them the power to grow if they hold it. Sackboy saves the egg, which hatches a baby monster that reunites with its mother.

Sackboy then travels to Victoria's Laboratory and meets Lord Vernon the Lab Rat, an overweight rodent who is plagued by the Hoard stealing his desserts. After taking back the sweets, the Hoard begin using a machine to steal "brainergy" from the test animals, using it to power themselves up. After Sackboy stops the Hoard and freeing the subjects, the Hoard use a train to once again steal Vernon's desserts. Sackboy gets them back, then leaves to the next world.

Sackboy travels to the Progress Emporium, and battles the Hoard there through races and a high-stakes battle on top of a pair of zeppelins. The Hoard then begin to mess with some of the experimental machines in the Emporium, including a giant breakfast machine, and begin stealing the food for themselves. Sackboy fights them off and chases them through the amusement park portion, but a sudden outbreak of rotten Zombie Food forces him to flee the world.

Sackboy escapes to Eve's Asylum, where Venus the Flytrap tells him that all of the Hoard's evil is upsetting the balance of the forest and causing dark creatures to emerge. Though Sackboy beats them in a series of battles and races, the constant evil and stealing awaken the vile Firepede, which goes on a rampage. Sackboy manages to defeat the beast and save the forest, but Venus warns him that she had a dark vision of something awful to come, and that even the Hoard do not realize what they are creating.

Sackboy chases the Hoard to the Space Bass of Avalon, where he meets Captain Sirius Oculus, the brother of Avalon Centrifuge. Oculus tells Sackboy that he has been detecting extraterrestrial activity, and thinks his brother is holding a party without him. However, it is revealed that is is the Hoard, who have stolen Avalon's Robo-Buns. After beating them, Oculus invites Sackboy, the Sackbots, and the Haord to party on his Funky Station. They take the Huge Spaceship up, but are caught in the Funkhole, a black hole-like gateway that begins sucking up everything. Sackboy travels into it, finding it to lead to the Haord's home planet of Hoard, Sweet Hoard.

Sackboy lands in the Haord's world, full of all the things they have stolen and are continuing to steal. The Haord surround Sackboy, but it is soon revealed that their greedy ways have gotten the better of them, as their evil energy has mutated the trash they have collected, creating a giant evil Trash Monster, which creates minions. The Haord run and hide, but Sackboy stays to fight off the beasts. After disposing of its minions, the Monster comes to fight, and, after a rough battle, is finally beaten by Sackboy. The Haord come out of hiding and, realizing the extent of their greed and the consequences, reconcile with Sackboy. However, the Trash Monster goes for one final attack, self-destructing. Sackboy and the Haord flee as Hoard, Sweet Haord is destroyed, sending all of the stolen items shooting back through the Craftverse and back where they belong. The narrator urges the reformed Hoard to give, and tells them to build and create rather than steal and destroy. 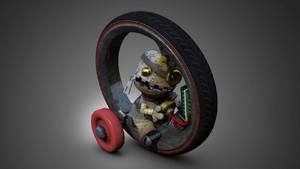 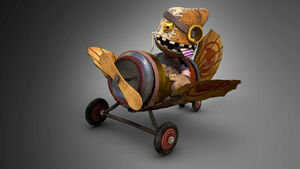 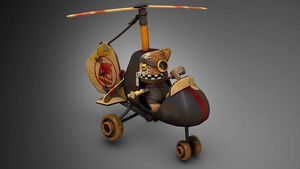 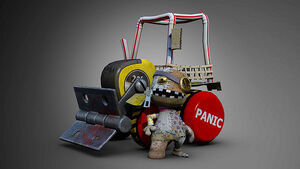 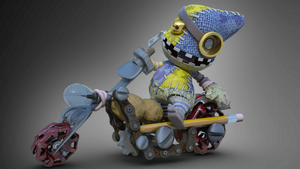 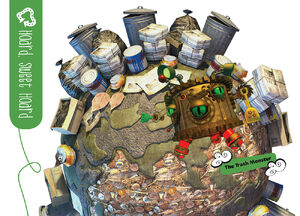 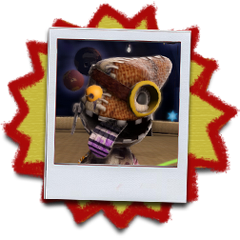 A Hoard minion on the PlayStation trophy icon for "Complete Hoard, Sweet Hoard". 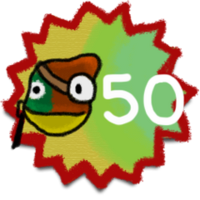 A Hoard minion on the PlayStation trophy icon for "Showing Who's Boss!".
Add a photo to this gallery

Retrieved from "https://villains.fandom.com/wiki/The_Hoard?oldid=3552674"
Community content is available under CC-BY-SA unless otherwise noted.