Turn Paradise into a giant pizza

The Kingpin is the posthumous overarching antagonist in Paradise P.D. He is a deceased crime lord, who dissociative police officer, Gerald Fitzgerald has adapted the personality of, allowing for The Kingpin to continue living through him and continuing the rest of his evil career, posthumously. He was also Fitz’s archenemy.

He is voiced by John DiMaggio.

When The Kingpin was alive, he was a notorious crime lord from Chicago, who the police had yet to capture. Gerald Fitzgerald was especially hell-bent on finally capturing him and putting him behind bars. During his crime spree, The Kingpin was an elusive figure who had always found a way to evade arrest and get away with his crimes.

On December 25th, 2014, The Kingpin held a bunch of people hostage at the Bomb Factory and demanded that the Chicago P.D. give him one-hundred million dollars, a stealth bomber piloted by Mike Ditka as a getaway vehicle, and most importantly of all, a Chicago deep-dish pizza. Fitz was especially thrown off by the last thing, telling The Kingpin how tall of an order that was and how it simply can't be done. The Kingpin said that as a typical Chicagoan, he is very particular about his pizza and that if he doesn't get his deep-dish, it will be a death sentence.

Fitz came in with all of the things The Kingpin asked for but when The Kingpin checked the pizza, instead of getting the Chicago deep-dish he asked for, all he got was a stack of three Hot'N'Ready pizzas from Little Caesar's that were shaken around by Fitz. The Kingpin was absolutely infuriated with this and pressed the button, blowing up the bomb factory, killing himself and many hostages.

Miraculously, the only person to survive was Gerald Fitzgerald, who was protected by the disgustingly rock-hard crust of the pizza. Fitz got PTSD and Multiple Personality Disorder from the traumatic incident, and one of Fitz's alternate personas was an impersonation of The Kingpin, which eventually took over his body and technically made it so that The Kingpin could continue the rest of his evil life, posthumously through Fitz. 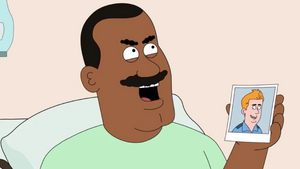 The Kingpin takes over Fitz's body. 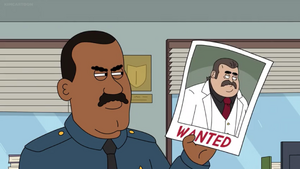 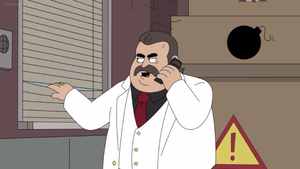 The Kingpin makes his demands heard. 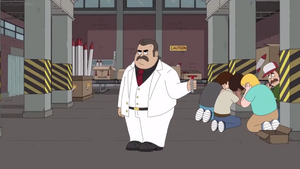 The Kingpin at his hostage situation. 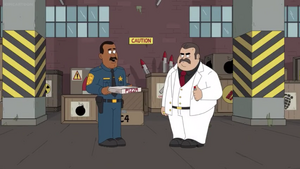 Fitz makes the trade with The Kingpin. 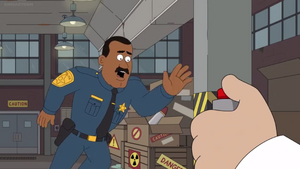 The Kingpin blows the place apart. 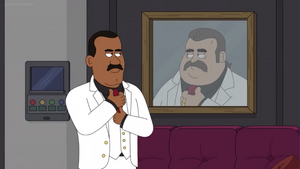 Fitz sees his true colors in the mirror. 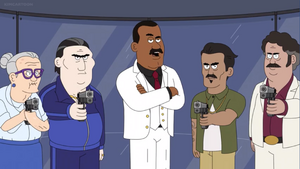 Fitz playing the role of The Chicago Kingpin. 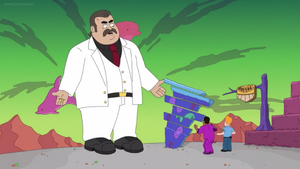 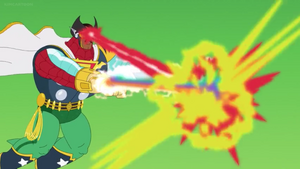