Flaunting in front of people.

Set free the princess and make her love him (possibly failed).

The Knight is the main antagonist from the 2011 computer-animated short film Dragonboy. He is a boy who plays a role of a knight at the school play, and fights the boy-dragon in order to get the girl-princess' heart.

He was voiced by Austin Majors.

At the school play, the knight has to save the beautiful princess before a dangerous and terrifying dragon. However, the dragon actually falls in love with the princess and it is pure and gentle love, the exact opposite of the knight who only flaunts to get everyone's attention.

When the dragon accidentally falls down on the stage, the princess helps him. However, he is then attacked by the destructive knight, who defeats him and starts kissing the princess so much, although she visibly does not want to. The dragon stands up to protect her and the arrogant, villainous, and manipulative knight decides to assassinate him once and for all.

As they are approaching to each other, the knight with a sword and the dragon with bare hands, the knight hits the dragon's face, but his shaken rival is able to strike back the same way in no time. The viewers start encouraging the dragon, much to the knight's anger.

The furious knight frantically begins to chase the dragon and swishes the sword all around, destroying the coulisses everywhere in the stage. Suddenly, the dragon bowls over and falls down. The knight does not hesitate, grabs him, and prepares to assassinate the dragon with his sword. The princess has enough of passive standing, so she pushes the coulisse of the castle, which falls on the knight, seemingly killing him. The dragon then gives a paper flower to the princess and they hug each other while the curtain is falling down and people are clapping at the end of the short film.

The Knight is truly evil, cunning, merciless, and manipulative. He is a cruel, scornful, and traitorous person who likes to set free the princess. Despite his diabolical and treacherous nature, he is shown to be very compassionate and empathetic when kissing the beautiful princess. He is also a very bombastic, ostentatious, and grandiloquent performer, who can physically flaunt in front of people. One of his most despicable plans is when he tries to kill the dragon. 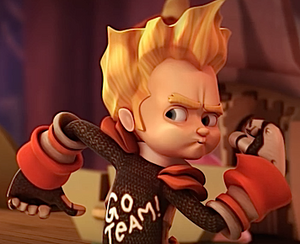 The knight flaunting in front of people. 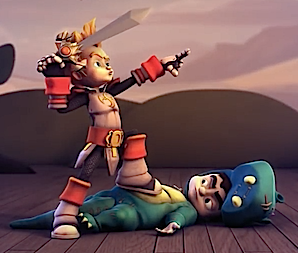 The knight's victory after defeating the dragon. 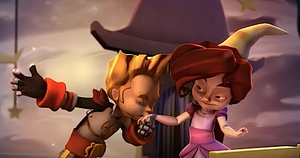 The knight falling in love with the princess.

The knight chasing the dragon.

The knight about to kill the dragon. 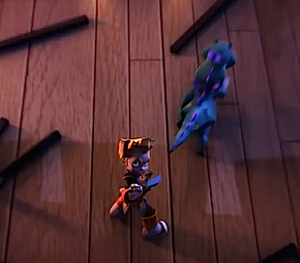 The knight about to be knocked out by the coulisse of the castle. 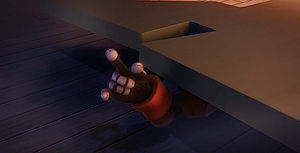 The knight's defeat.
Add a photo to this gallery

Retrieved from "https://villains.fandom.com/wiki/The_Knight?oldid=3562351"
Community content is available under CC-BY-SA unless otherwise noted.