Lingering around the house.

The Krasue is the main antagonist of the popular horror video game Eyes.

In the game, she will go either up or down the stairs to look for the player. She will hunt the player until she makes an eye contact or notice. The player has the ability to sue the Eye Rune, which would let the player view Krasue's perspective to see where she is.

When she is close to the player, she will make ghost-like moans similar to a lullaby and everything will shake and flicker. She will stop chasing the player if the player is on another floor or room, but will still follow the player.

Krasue appears to be a female floating pale head with long black hair. Her eyes appear bluish green, but can also appear blood-red. Her jaws are full of sharp vampire teeth, two of the fangs even have traces of blood on them.

Both of her cheeks have very large rips on the sides, with creates a cruel looking smile. Her skin is very pale, which makes her appear otherworldly. Underneath her neck, organs are visible to the player. 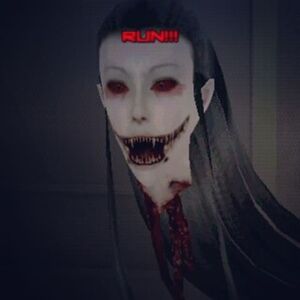 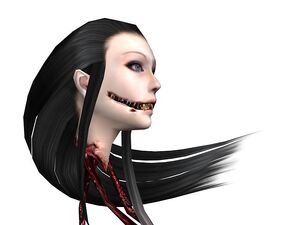 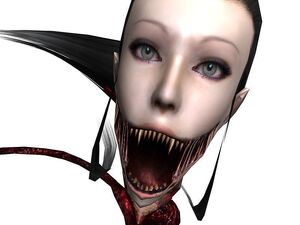 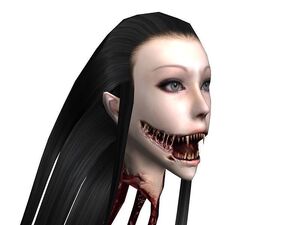 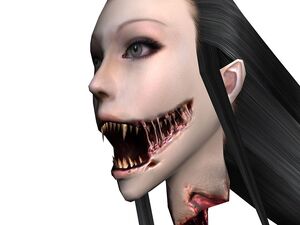 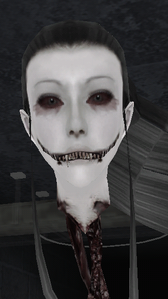 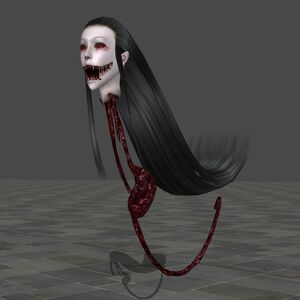