Teach the Yellow Puppet to dream

The video opens with Yellow Guy (or Manny, according to the fandom) attempting to rest in his bed after mourning for his friends. The Lamp springs to life only to be shut off by Yellow Guy, who knows he is another "teacher" and faces the other direction. The Lamp teleports in front of him and reawakens, informing Yellow Guy that, in order for him to sleep, he needs know how to have dreams. The Lamp incites a musical number, and Yellow Guy is dragged into it against his will, as he frantically says that he doesn't want to know how to dream. The Lamp creates an animated world where he tortures Yellow Guy to the point that Yellow Guy demands the Lamp to stop singing, which takes him out of the animated sequence. Seemingly back in his world, he is proven wrong, as the Lamp states that Yellow Guy must be having a bad dream. The Lamp then turns Yellow Guy's mattress into oil and attempts to drown him as punishment for telling him to stop singing.

Later on, Red Guy discovers a machine that was projecting the current lesson on its main screen where Yellow Guy was about to be murdered by the Lamp, via drowning, who suggests to the Yellow Puppet that he could have a dream about burning or losing his friends. The Red Guy presses a button which causes the Lamp to transform into Tony, thus revealing that the previous teachers (excluding the Sketchbook) were products of the machine. Their purpose seemed to be to torture the Yellow Puppet into becoming like his father.

The Lamp's powers are taken away when the Red Guy pulls the plug on the computer simulation, and reality was rewritten.

Unlike most of the other antagonists of the series, it is unlikely that the Lamp had any deeper symbolism to him. He is generally portrayed as a "generic teacher" as well as a possible drunkard, with the emphasis being entirely on comedy. 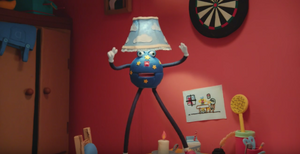 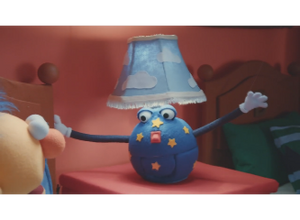 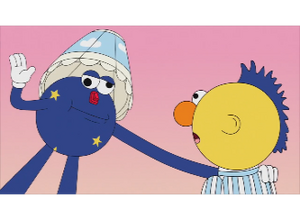 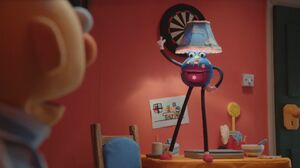 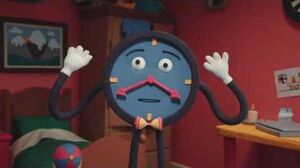 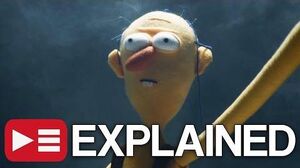 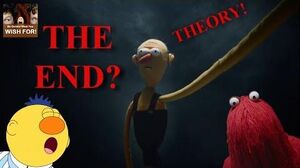 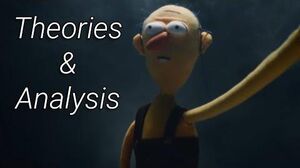 Retrieved from "https://villains.fandom.com/wiki/The_Lamp?oldid=3707693"
Community content is available under CC-BY-SA unless otherwise noted.