Take over the galaxy

Power-Hungry Warlord
The Machine is the main antagonist of the Turrican series. He initially appeared in Turrican II: The Final Fight, appearing again as main villain and final boss in all subsequent games (except the first Super Turrican game on SNES).

The Machine is a half-human, half-robot evil overlord who seeks to conquer and ruin the entire universe with the aid of his vast bio-mechanical armies. He is shown as a powerful opponent, the intro to Super Turrican II outright calling him the "incarnation of evil". He is responsible for untold death and destruction, conquering planets and enslaving it's inhabitants. His schemes would be opposed by the forces of the United Planet Freedom Forces and the hero Bren McGuire, who wears the titular Turrican suit. 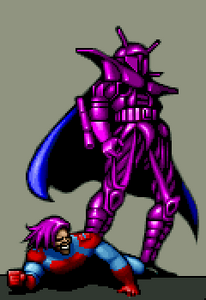 The Machine in Turrican II: The Final Fight. 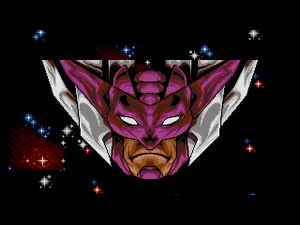 The Machine in Mega Turrican. 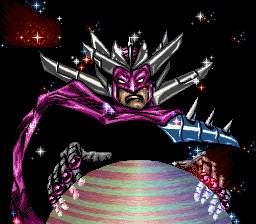 The Machine in Super Turrican. 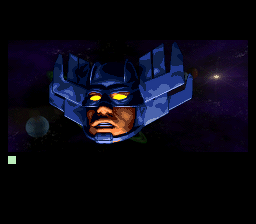 The Machine in Super Turrican II.
Community content is available under CC-BY-SA unless otherwise noted.