Killing anything and anyone that stands in its way.

The Magician (Type 0) is a boss from The House of the Dead series of light gun games. He is one of the first of the "Four Heavenly Kings", codename referring to 4 sentient mutations wielding the primal forces of nature, that was created by the mad researcher Dr. Roy Curien.

In the first House of the Dead game, he is the final boss to be fought. Dr. Roy Curien unleashed the Magician, whom he referred to as his "masterpiece", and ordered him to kill the AMS agents Thomas Rogan and G. The Magician refused, and killed the doctor with a fireball. He intended to kill everyone and destroy everything, then flew to a balcony outside the doctor's mansion. The agents followed the Magician and, after a ferocious battle, were successful in destroying him. Before his death, he told the AMS agents, "You... haven't seen... anything yet!" and exploded.

He returns in The House of the Dead 2, though it is unknown if this Magician is the original (resurrected from death) or a clone, but it is probably the former choice, as he appears battle-scarred, rotting, and covered with worms (it is hinted that he said the line "You... haven't seen... anything yet!" in the first game). Two years after his apparent death, the Magician was revived and kept at the Goldman building in Venice to oversee the creation of the mad Caleb Goldman's artificial monster codenamed "The Emperor". AMS agents James Taylor and Gary Stewart arrived at the building's courtyard to stop Goldman's plot, but as they were about to enter the building, they were waylaid by the Magician. This time around, the agents had the upper hand, as they knew where the Magician's weak points were. They eventually managed to destroy him once again, causing him to explode and allowing James and Gary to resume their mission.

The House of the Dead 3

The Magician himself does not appear in the third House of the Dead game, though he is mentioned in the flashback before the final level, and his name and picture can be seen quickly during the title sequence of the same level. He also makes a similar appearance in the intro movie, appearing in both his original HOTD version, and his more grotesque HOTD2 form.

As well as these subtle appearances, one of the extra point icons scattered throughout the game takes on the form of a golden statuette of the Magician, and even flies about in a quick manner like him, making it harder for the player to shoot it. Because of this, successfully hitting it gives the player a larger point bonus (+2000 points) than most of the other point icons. Interestingly, if one listens closely enough while this item is on-screen, they can hear him reciting, "I've been waiting for this time to come...".

The House of the Dead 4 Special

He returns in The House of the Dead 4 Special, though it is unknown if this Magician is the original (resurrected from death) or a clone, but it is probably the former choice, evidenced when the players fail to destroy the box with a grenade within 10 seconds.

Three years after his apparent death, the Magician was revived once again after the destruction of another bio-engineered monstrosity codenamed "The World", which is hinted by the "more than one Pandora's Box" phenomenon told by the Mystery Man. AMS agents G and Kate Green arrived at the cloning lab to stop the Magician once again, but were thwarted by his fireballs as he greets them. The agents try to search for this Magician's weak points through the PDA, but fail to do so as this Magician's body is now covered with electric charges instead of small tentacles.

After a ferocious battle, the agents were successful in destroying him, but not before they throw a grenade on the "second Pandora's Box". Before his death, he told the AMS agents, "Nothing can erase my pain!" and exploded. 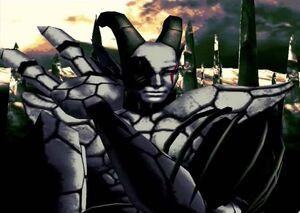 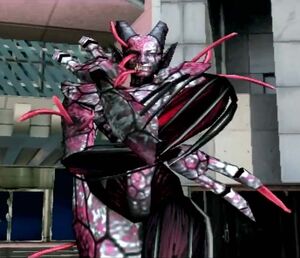 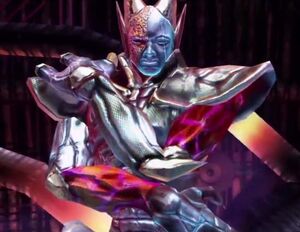 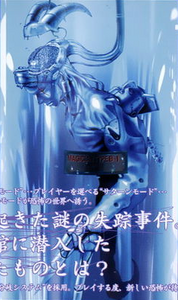 A concept art of The Magician. 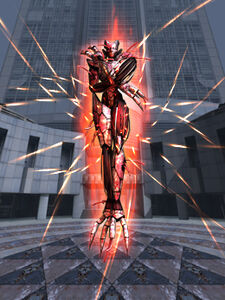 The Magician Type 0 as seen in the second game. 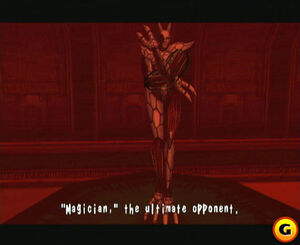 A flashback of Magician as shown in the intro of the second game.

The Magician's weakpoint in the first game.

The Magician's weakpoint in the second game.

The Magician's weakpoint in the third game.
Add a photo to this gallery 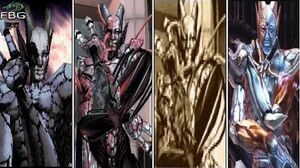 Evolution of Magician in the House of the Dead 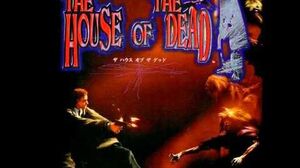 The House Of The Dead Music Magician's Theme Extended HD 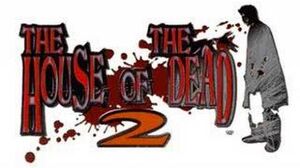 The house of the dead 2 Magician intro+Magician fight theme 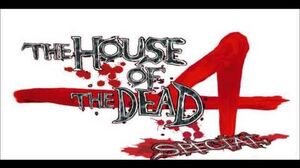 Retrieved from "https://villains.fandom.com/wiki/The_Magician_(House_of_the_Dead)?oldid=3892302"
Community content is available under CC-BY-SA unless otherwise noted.