Conquer the Glade of Dreams in the name of Mr. Dark and overthrow the Bubble Dreamer.

Ales Mansay, better known as The Magician, is a crafty magician and the secondary antagonist in the Rayman series. Serving as the main antagonist of both Rayman Origins and Rayman Legends.

He was voiced by Doug Rand.

Throughout most of the series, the Magician always seems to have a friendly and helpful nature, willing to help Rayman out on certain occasions and even seemed to be friends with Betilla.

However, behind his seemingly appreciative and pleasant personality, he is actually a sinister, rebellious, and manipulative individual who appears as a loyal follower of Mr. Dark and desires to rule the world as his usurper, not caring at all about his old friends and the Bubble Dreamer.

In the original Rayman, the Magician seems to be part of the same species as Rayman. He is limbless and has long blonde hair. He wears a purple shirt with two blue buttons and purple shoes.

In Rayman Origins and Legends, the Magician was redesigned to fit better within the world established in later Rayman games. He is now a Teensie with a black cloak with a purple shirt underneath, a tall black top hat with a gold star on it, and blue hair (which is later revealed to be a wig).

In the first Rayman, he is nothing but a helper who can be found in various stages. If Rayman pays him ten Tings, a minigame will begin where the goal is to collect a number of Tings before the time runs out to get an extra life.

In Rayman Origins, he aids Rayman on his journey to stop the Bubble Dreamers' nightmares by offering him Electoons in exchange for Lums and providing helpful tips and tricks. He serves as a rather sassy and mischievous tutorial, and is shown to be rather obsessed with these lums. As the game progresses, he makes fewer appearances. When Rayman makes it to the final world, Moody Clouds, The Magician panickingly tells him not to go further. When Rayman reaches the control room, The Magician is revealed to have been powering the evil machines all along. He then tries to dispose of Rayman and co. by having them battle robotic version of earlier bosses. However, they return to his office. He is shocked by this, and after hesitating, he comes up with a plan. He starts playing disco music, reminiscent of the music that plays when you obtain a large amount of Lums in a level, and dancing with the heroes. However, just as the song ends, he escapes. They chase him down as the robotic empire starts to crumble. Eventually, he jumps on an airship which is controlled by various Livingstones. After some time, the ship crashes into the core, powering the entire city, which explodes instantly, ending the threat once and for all.

While the game itself hardly gives any explanation at all for The Magician's actions, some unused dialogue reveals his actual motives (although since it was left unused, it should never be considered entirely canon). It is revealed that The Magician's real name is (or was going to be) Ales Mansay, and that he was bullied by other Teensies in his youth due to his abysmal magical abilities, which slowly drove him into insanity. Although he helped Rayman in the first game, he admired Mr. Dark's skills and abilities. He was also angry and vituperative at the Bubble Dreamer, whose nightmares were dangerous to the inhabitants. He eventually snapped and placed a microphone in the Snoring Tree to trigger the war between the overworld and the Land of the Livid Dead. He then made use of the Lums he obtained to power his machines. His plan was to take over the Glade of Dreams and put an end to the Bubble Dreamers' dreams.

The Magician reappears once again and seems to have not only survived the explosion in Rayman Origins, but also the Bubble Dreamers' nightmares have caused him to multiply and become the five Dark Teensies. The Dark Teensies then began kidnapping Teensie royalty while also causing trouble for Rayman and his pals. However, the heroes eventually confront them one by one and then launch them into space. They all crash into a planet inhabited by mysterious horned aliens who poke them with pitchforks, causing them to scream and squeak in harmony. 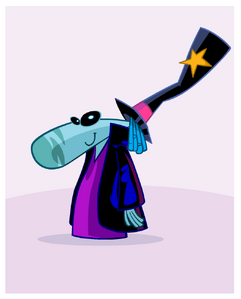 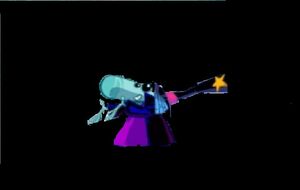 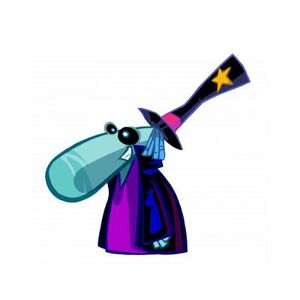 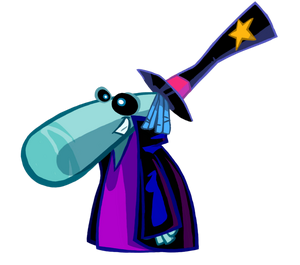 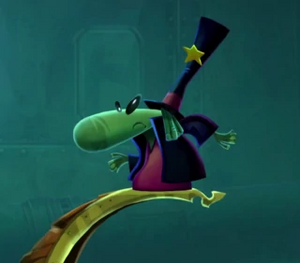 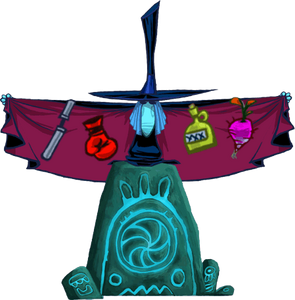 The Magician dressed as his idol, Mr. Dark. 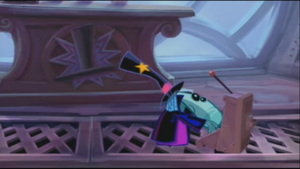 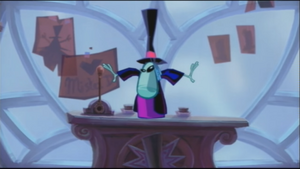 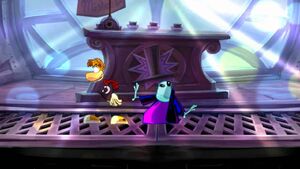 The Magician dancing with Rayman. 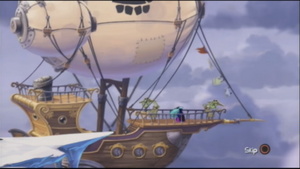 The Magician escaping on his airship. 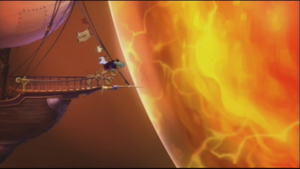 The Magician's moments before his defeat. 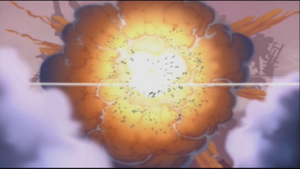 The Magician's defeat in Rayman Origins. 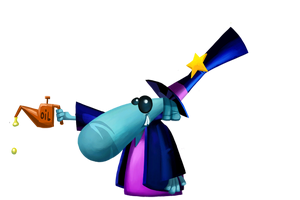 The Magician with oil can. 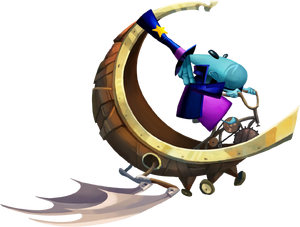 The Magician driving his hover car. 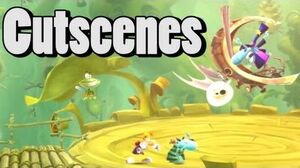