Various weapons such as firearms and swords and other blunt objects

Cause chaos in Gotham City for Theo Galavan.

They are an elite group of villains founded by Theo Galavan and led by Jerome Valeska.

The Maniax start as six inmates assigned to Arkham Asylum, which consists of Jerome Valeska, Robert Greenwood, Aaron Helzinger, Arnold Dobkins, Richard Sionis and Jim Gordon's ex-fiancee Barbara Kean. The group is knocked out by Zaardon and are broken out by Tabitha Galavan. The six are brought to Theo Galavan, who inspires them to become a fierce organization. Sionis refuses and is killed by Tabitha.

The remaining gang orchestrate a robbery at the docks to raid a tanker truck. Robert and Jerome fight over the leader position through a game of chance, in which Jerome wins the position and a katana. They later use this to douse a school bus full of cheerleaders with kerosene. The GCPD manage to save the cheerleaders, but Arnold is assassinated by Tabitha when he is arrested. Jerome and Robert create a massacre inside GCPD Police Headquarters, while Helzinger and Barbara beat up Jim Gordon in an alleyway. Jerome shoots Robert when he steals one of his quotes and mortally wounds newly ranked Commissioner Essen, who later dies of her wounds. Jerome leaves a video message who tells them that Gotham is vulnerable to the Maniax and that they "haven't seen nothin' yet".

Jerome along with Barbara held the children's gala hostage, with Jerome plotting to kill Bruce Wayne. However Theo Galavan stabs Jerome in the neck, which causes his death and makes Theo out to be a hero. Barbara manages to escape by using a trapdoor hidden.

The Maniax were disbanded afterwards as they are now inactive after Jerome's death and Theo earning a hero status to advance his goals. Barbara later made a move on Jim but was rendered comatose during a fall and Helzinger was returned to Arkham.

Despite the death of Jerome and disbandment of the Maniax, many people found amusement in Jerome's activities, with a few mimicking his laughter.

A nightclub owner named Jeri sets up a band devoted to the Maniax, and the attendees dress up in straight jackets copying the Maniax and also wear clown makeup. Images of the Maniax's activities and their mugshots are also spliced together in their music videos and projected inside the night club.

Jerome's followers would later develop into a cult devoted to him, which would then be lead by a resurrected Jerome following his revival by Dwight Pollard. 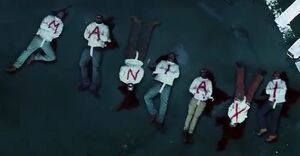 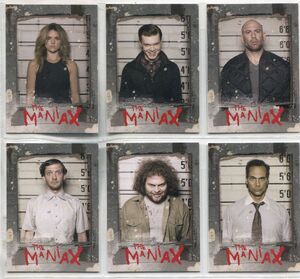 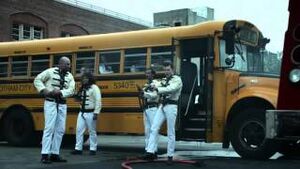 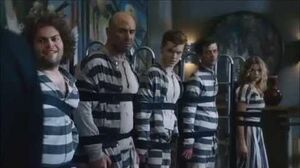 Gotham S2X01 A Group of Outlaws 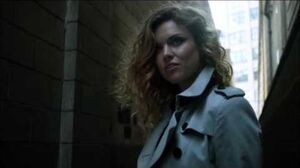 Gotham S2X02 Looking For Us
The Maniax attacking GCPD.