This page is solely for the "Missy" incarnation of the Master. For the other incarnations of the revival Master, see here: The Master (Modern Who).

Take over the 3W institution and use it to raise an army of Cybermen out of the Earth's deceased in order to provide the Doctor with an army and prove that he is no different from her.

Find The Doctor and accompany him and Clara Oswald on their quest to Skaro.
Kill her former self (all succeeded).
Manipulate the Doctor into killing Clara so she can replace Clara as his companion.
Stand with The Doctor after finally reforming (both failed).

The Mistress, also known as Missy and formerly known as The Master, is the main antagonist during the Twelfth Doctor's tenure in the BBC sci fi series Doctor Who. She appears in the revival series as the main antagonist of Series 8, a minor antagonist in Series 9, and an anti-heroine in Series 10. Outside of the TV show, Missy has been depicted as a villainous protagonist, not least in Big Finish's Missy audio series.

She is the latest in a long line of Master incarnations and stands out amongst many other incarnations for several reasons, most notably the fact that she is the first and so for only female incarnation and secondly for being the only ever incarnation of the character to genuinely be redeemable.

She was portrayed by Michelle Gomez, who also played Madame Satan in The Chilling Adventures of Sabrina.

Missy was unique among many other incarnations of The Master for several reasons, one of which being her personality. Out of all of the Masters Missy was perhaps the most unhinged and obviously insane however she also expressed several attributes that other incarnations lacked i.e she was genuinely quite affable, friendly, charming and polite and was perfectly capable of working with others for reasons beyond her own personal gain.

She also genuinely did seem to care about The Doctor possibly to the point of having romantic feelings for him and was the first incarnation seen in the revival series to actually have restored some aspects of her old friendship with him. That being said however she was still just a violent, abrasive, arrogant and sadistic as any other incarnation for much of her lifetime.

Following spending time trapped in the vault however Missy genuinely began to reform and see the error of her old selves' ways, having realised that being evil isn't actually a good thing and the whole weight of all of the crimes she committed remorselessly for nearly a millennia broke her and left her feeling extreme amounts of regret and guilt to the surprise of everyone, especially The Doctor.

While it seemed she had relapsed back into villainy after encountering and teaming up with one of her previous incarnations Harold Saxon she had in fact grown weary of him and although had given him advice ultimately decided he was too dangerous and evil to keep alive so subsequently killed him by stabbing him in the abdomen and triggering a regeneration. Unfortunately for Missy however The Doctor never learned of her genuine reform as she herself was killed by Saxon after the latter was outraged and disgusted to hear that he was going to become her who was now willing to come to The Doctor's aid.

Following his encounter with the Twelfth Doctor, having fuzzy memories of the event due to meeting her, The Master regenerated into his next incarnation: a woman who calls herself Missy (short for Mistress). Acting on a desire to reconnect with the Doctor, Missy desired to bring him down to her moral level by first arranging his Eleventh incarnation to meet Clara Oswald. She then acquired a Matrix data slice to create a Nethersphere to house the minds of recently deceased from across Earth's history, including the Half Face Man despite originally being a machine. Arranging the formation of the 3W facility, Missy orchestrated the Cybermen to upgrade the deceased bodies and become an army under her control.

When the Twelfth Doctor arrived to the 3W facility, situated within St. Paul's cathedral, Missy eventually revealed herself as the Cybermen proceed to convert all of Earth's dead. From there, revealing she arranged their creation for him, Missy tempts the Doctor into using the Cybermen to act out his own desires. While the plan is foiled, killing one of the Osgoods which would disrupt human/Zygon relations, Missy made a final attempt to force the Doctor to lower himself by killing her to keep Clara from becoming a murderer. But one surviving Cyberman (the Doctor's deceased ally Brigadier Lethbridge Stewart) vaporized Missy before destroying himself.

However, it turned out that Missy survived by using the Cyberman's blast to charge her vortex manipulator and escape. After receiving the Doctor's Confessional Dial, Time Lord's equivalent of a "last will and testament", Missy enlisted Clara to find the Doctor. They travel to 12th century Essex and find the Doctor there. But they were forced by snake-like being named Colony Sarff, who takes them to Skaro so a dying Davros can meet the Doctor. After the two escape the Daleks, with the Doctor assuming they died, Missy and Clara sneak back into the city via its sewer/graveyard with the latter tricked into entering a Dalek casing. After Missy saves the Doctor, she attempted to trick him into killing Clara before he realized the truth. Missy takes her leave, she runs into Daleks who see that she is a Time Lord and prepare to exterminate her. But Missy says that she has "a very clever idea", hinting that she survives after this encounter.

Missy was captured at some point and prepared to be sentenced to death on another planet. The Doctor is called upon to carry out the execution, as only a time lord can kill another time lord. Missy begs the Doctor to spare her life, saying that she will make the effort to change. The Doctor messes with the execution, which results in Missy being knocked out. The Doctor has his companion Nardole move her to a vault, in which he will watch over her and help her on the road to redemption. The Vault is moved underneath an university, where the Doctor spends 70 years teaching whilst guarding it.

Having become remorseful of the deaths she had caused, Missy appears to have gradually reformed. The Doctor tests her reformation by letting her play "Doctor Who" in helping what they learned to be a Mondasian colony ship, only resulting with the Doctor suffering one of his greatest tragedies against the Cybermen while Missy encounters her previous male incarnation. This led Missy to find her loyalties torn between her promise to the Doctor and the lure of her former self. After initially betraying the Doctor and leaving him to face the Cybermen alone, Missy later stabs the Master to enact his regeneration while intending to come to the Doctor's aid. But the Master, refusing to accept the person he will become, uses his Laser Screwdriver to fatally wound Missy while negating her ability to regenerate. The Missy incarnation dies, but whether the Master as a whole survives or not is ambiguous. 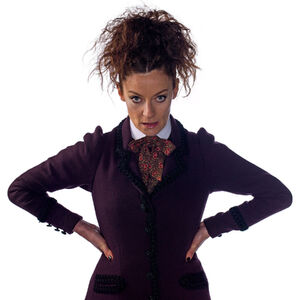 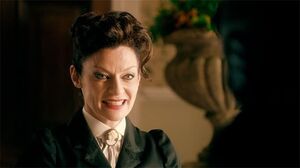 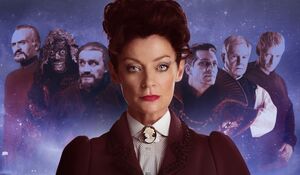 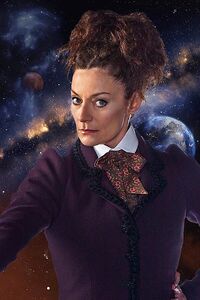 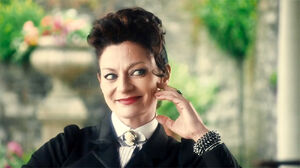 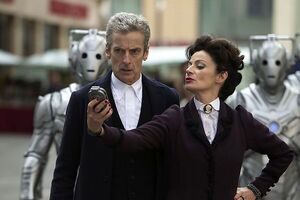 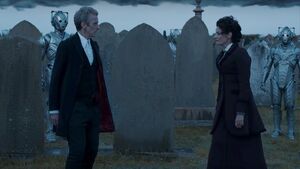 Missy explains her motives to the Doctor in a graveyard. 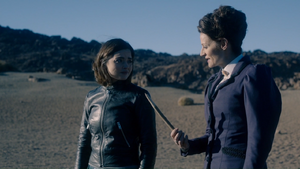 Missy with Clara on Skaro. 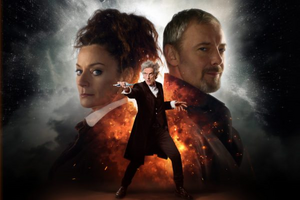 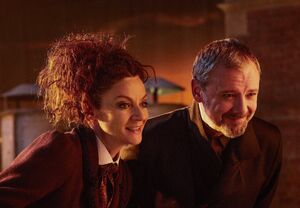 Missy and her previous incarnation. 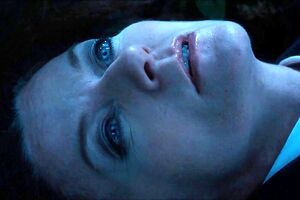 Missy's death at the hands of her own past self. 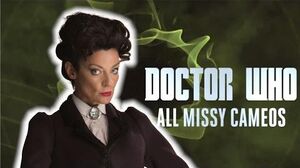 Doctor Who Series 8 All Missy Scenes 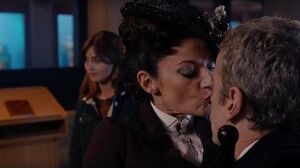 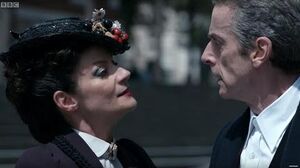 Who Is Missy? Dark Water Doctor Who 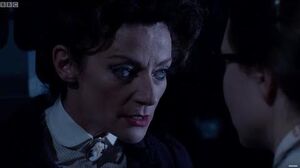 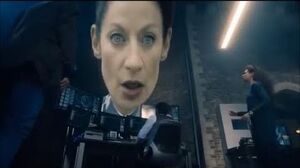 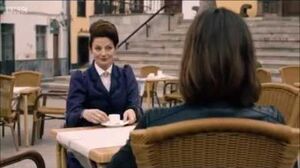 Doctor Who - The Magician's Apprentice - Missy and Clara 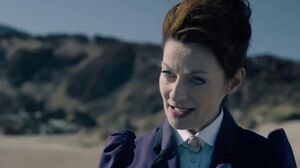 Consider The Doctor - The Witch's Familiar - Doctor Who - BBC 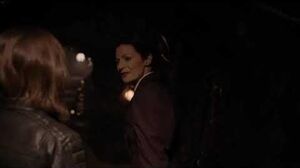 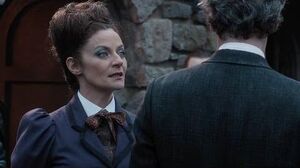 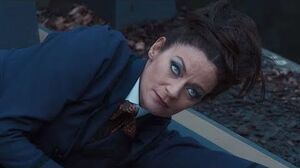 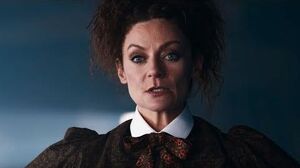 Missy in the Vault The Lie of the Land Doctor Who 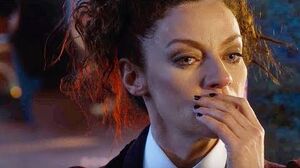 The Doctor and Missy Become Friends? Eaters of Light Doctor Who 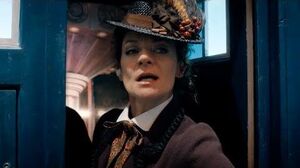 "Hello, I'm Doctor Who!" World Enough And Time Doctor Who 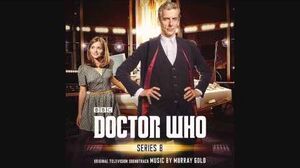 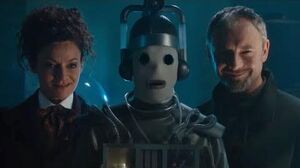 The Master Meets Missy World Enough and Time Doctor Who 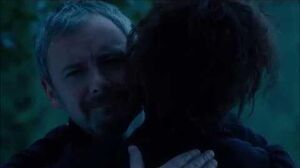 The Master is stabbed and Missy Dies, The Doctor Falls Doctor Who