This page is solely for the "O" incarnation of the Master. For the other incarnations of the revival Master, see here: The Master (Modern Who).

Finding ways to torment the Doctor.

Destroy Gallifrey as revenge for keeping the secret about the Timeless Child (succeeded).

Convert the entire population on Earth into hard drives.
Betray Daniel Barton and the rest of the Kasaavins after his previous plan succeeds.
Create his own CyberMaster race by converting the corpses of all the Time Lords he killed into Cybermen (initially succeeded).
Kill the Doctor (all failed).

"O" is a currently unnumbered incarnation of The Master, a renegade Time Lord who serves as one of the most recurring antagonists throughout Doctor Who. This incarnation serves as the main antagonist of the twelfth season in the show's revival.

He was portrayed by Sacha Dhawan, who also portrayed Steel Serpent in Marvel's Iron Fist.

Through means currently unknown, The Master presumably returned back to life after his Missy incarnation was supposedly killed by the Saxon incarnation, and somehow managed to escape the colony ship. The Master managed to obtain a TARDIS and travelled to Gallifrey, there he discovered that everything about Time Lord society was built on lies, involving an entity known as the "Timeless Child". Whatever the Master learned during his time there caused him to become enraged enough to murder all the surviving Time Lords and leave his home planet a ruined wasteland. Sometime later, he assumed the identity and appearance of one of the Doctor's former allies; an ex-MI6 agent named O and spent time in the Australian outback where he disguised his TARDIS as a house. At this point the Doctor has again regenerated into a new body.

This Master appears in the two-part opener of Series 12 "Spyfall", where he reveals his identity to The Doctor and her companions Graham, Ryan and Yaz on a plane piloted by Daniel Barton. He replaces Barton (who was in league with The Master) with a bomb (which was sonic proof to stop The Doctor from stopping it). He also reveals that the plane has no parachutes and reveals that he used a Tissue Compression Eliminator to capture and kill the real O. He also reveals that he is in league with aliens known as Kasaavin. As the bomb explodes, The Master has one of the Kassavin teleport The Doctor away to the Kassavin's dimension before teleporting away himself with the Kasaavin, leaving Graham, Ryan and Yaz to die on the now falling plane.

The Master returned to his TARDIS where he discovered the trio's survival (as they found instructions left by The Doctor to land the plane without a cockpit) and sent Barton to deal with them. He also learnt about The Doctor leaving the Kasaavin dimension and arriving in at a fayre 1834. He travelled to the fayre and used his Tissue Compression Eliminator on several people there, before being sent away by a device thrown at him by The Doctor and Ada Gordon (who later became known as Ada Lovelace).

The Master then arrived in Paris in 1943 where he, with the aid of a perception filter, disguised himself as a Nazi soldier. Via a psychic link, he agreed to meet The Doctor alone at The Eiffel Tower. There, he revealed that he was carrying out his plan in order to get The Doctor's attention, stating that he returned to Gallifrey and found it "nuked". The Doctor did not believe this and disabled The Master's perception filter before escaping The Eiffel Tower as Nazi soldiers came to arrest The Master after they got a Morse Code saying that he was a British spy. This code had been sent out by The Doctor's ally Noor Inayat Khan (an actual British spy).

As The Doctor had taken his TARDIS, The Master was forced to live through 77 years before eventually returning to 2020 where he prepared for his and Barton's plan to assimilate all of humanity by using their DNA as a planet-size hard drive. However, The Doctor arrived and revealed that she used The Master's TARDIS to go back in time to put a stop to the plan. The Kasaavin then arrive and The Doctor plays a message to them of The Master revealing how little he thinks of them. This causes the Kasaavin to turn on The Master and swarm him, sending him to their dimension where he angrily calls out The Doctor's name.

The Doctor later used her TARDIS to travel to Gallifrey and discovered that The Master had been right about the state. She later received a hologram message from The Master, who revealed that he had been the one who destroyed Gallifrey after learning the truth about The Timeless Child.

At the end of the episode Ascension of the Cybermen, The Master came out from a Gallifrey portal and told The Doctor that terrible things are coming.

In the following episode "The Timeless Children", The Master takes The Doctor to Gallifrey and sends both their consciouses in the Matrix which tells the story of The Timeless Child, who was a young girl found abandoned by a female Gallifreyan named Tecteun, who adopted her and brought her back to Gallifrey and did tests on her to find out her species and origin, but to no avail. One day whilst playing near a cliff edge with a young male Gallifreyan, the child lost balance and fell off the cliff onto the ground below. However instead of dying, the child regenerated and took on another appearance. Following this, Tecteun did more tests on the child to find a way for the Gallifreyens to be able to regenerate. After several years and tests, Tecteun successfully managed to regenerate and took on a male form. Afterwards, Tecteun gave this ability to other Gallifreyans, thus creating the Time Lords.

The Master then reveals that The Doctor was The Timeless Child, but had had her memories wiped. The Master also summons The Lone Cyberman Ashad and offers him Gallifrey as a gift. Ashad takes of having a Death Particle inside him and is the host of The Cyberium, which has all Cyber knowledge. The Master is not impressed when Ashad plans to make Cybermen completely robotic. When Ashad says that the Cyberium will remain in him as long as he is alive, The Master kills him with his Tissue Compression Eliminator and becomes the new host of the Cyberium. Using his new knowledge, The Master creates Cyber-Masters: Cybermen made with the bodies of the Time Lords he killed. Due to made from Time Lords, Cyber-Masters could be able to heal themselves if injured, making them difficult to stop. The Master planned to take over the universe with the Cyber-Masters. 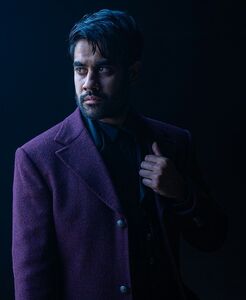 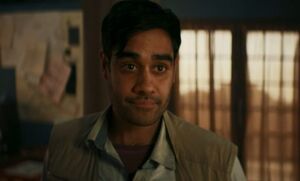 The Master posing as Agent O. 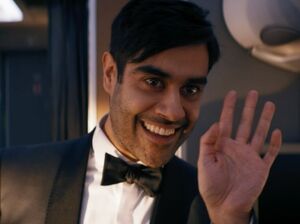 O revealing himself as The Master. 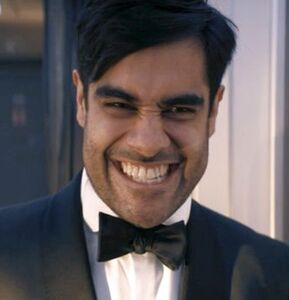 The Master returns in the form of an M16 agent called "O" in season 12. 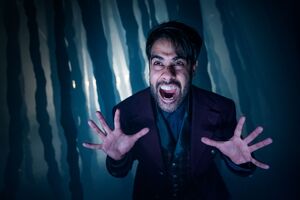 The Master trapped in the Kasaavin's world. 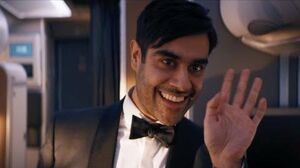 "Oh!" The BIG Reveal Spyfall Part One Doctor Who 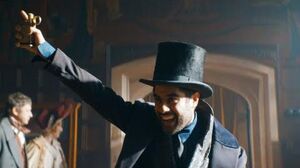 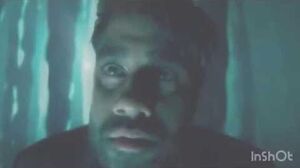