Miner at the Hanniger Mine (formerly)

Pursuing and killing his victims to leave a symbol of heart.

Kill the people who were responsible for the mine explosion.

Kill people in order to keep the town of Valentine Bluffs from ever celebrating Valentine's Day again.

The Miner is the posthumous main antagonist of the 1981 slasher film My Bloody Valentine, and its 2009 remake of the same name. Originally a man named Harry Warden who turned to cannibalism to survive being trapped underground, various other people have taken the title of the Miner, stalking and killing the residents of Valentine Bluffs.

The original Miner was a miner for the Hanniger Mines named Harry Warden. On the night of Valentine's Day, two supervisors were so eager to get to the dance, that they forgot to check the methane gas levels. As a result, Harry and five other miners were trapped in the Hanniger Mines due to an explosion caused by methane gas. Harry went insane after being forced to eat the other miners to survive. One year after being rescued, he killed the two supervisors with a pickaxe, placed their hearts in boxes of Valentines chocolates, along with a warning to never hold another Valentines dance. He was then committed to Eastfield, where he died 15 years later.

The Miner was the disguise of Axel Palmer. When Axel was younger, he witnessed Harry Warden murder his father and as a result went insane. Twenty years later, the town of Valentine Bluffs tried to hold a Valentine's Day dance, and Axel presumably suffering some kind of mental breakdown, dressed up like Harry Warden and began killing people to get the dance cancelled. After being revealed, he is trapped under debris, but escapes through a tunnel after severing his trapped arm. He then disappears into the tunnel warning everyone that Harry and him will be back and that they're all going to die.

The original Miner was a miner for the Hanniger Mine named Harry Warden, until an explosion trapped him and five others in the mine. Harry killed the others with his pickaxe to conserve oxygen and eventually fell into a coma. Years after he was rescued, he woke up in the hospital and went on a killing spree that resulted in the deaths of twenty-two people. He was about to kill Tom Hanniger when two policemen shot him and he fled into the mines and out an escape hatch. The same two policemen found him bleeding at the escape hatch and killed him. They buried his body and the Sheriff covered it up. Somewhere in between the ten years, Tom Hanniger dug up Harry's body and donned his gas mask.

The Miner was the disguise of Tom Hanniger. Tom supposedly forgot to bleed the lines, which resulted in the mine explosion. When Harry Warden woke up from his coma, he attacked Tom and his friends before he was shot and left to die in the mine. As a result, Tom suffered some mental trauma and was locked in a mental institute for 7 years. 3 years later, when he returned, he started having hallucinations of Harry Warden killing people, when in actuality it was him either being possessed or developing a split personality. After an intense stand off at the Hanniger Mine, Tom slips up by revealing that he knew what the words said above Megan's dead body. Tom begins to hallucinate Harry Warden behind Sarah, but he stops in front of him and disappears, leaving Tom to realize the truth. Harry takes over Tom and fights with Axel and Sarah, which eventually leads to him being shot and caught in an explosion. A rescue miner uncovers Tom, but Tom wakes up and kills him, afterwards donning the rescue miner's outfit and walking out of the mine, implying that he will be back. 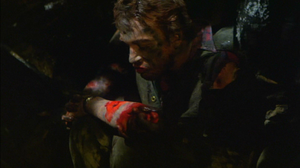 Harry Warden, forced to eat the other miners. 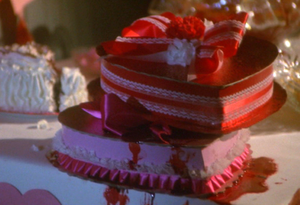 The heart-shaped candy boxes containing the hearts of the two supervisors. 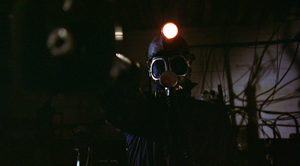 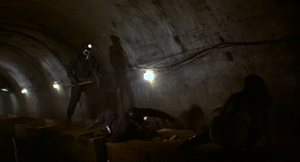 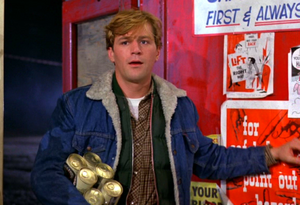 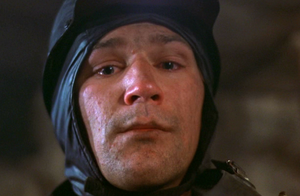 Axel Palmer revealed as the Miner. 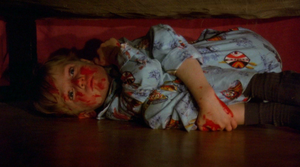 Axel as a child after witnessing the death of his father. 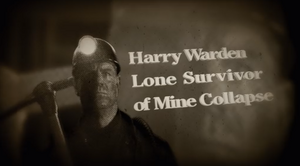 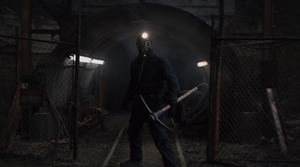 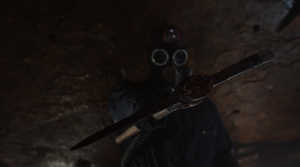 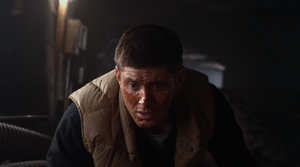 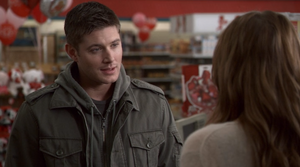 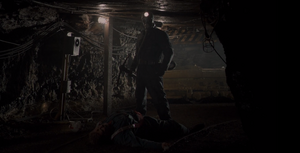 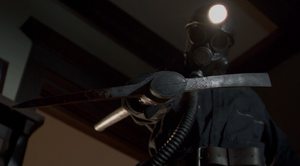 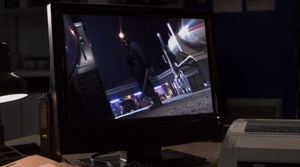 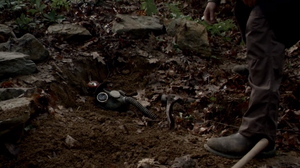 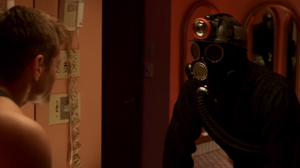 Tom being revealed to be the Miner. 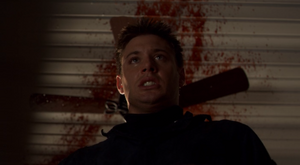