Jem and the Holograms

To upstage Jem (even if it means via attempted murder)

Often putting people in harmful situations and taking advantage of them

Mischievous Cheaters
The Misfits are the main antagonists of Jem and the Holograms. They (along with their boss Eric Raymond and best friend Clash)  are constantly trying to upstage Jem but always fail anyway.

Pizzaz: Pizzaz is a spoiled rich girl and the guitarist for The Misfits. She was spoiled as a kid.

Roxy: Roxy is a tough guitarist for The Misfits. She dropped out of high school and isn't that smart. She doesn't like Jetta.

Stormer: Stormer is the writer for The Misfits' songs. She is the kindest out of the misfits as she always feels bad for Jem and even became friends with Kimber.

Jetta: Jetta is a saxophone player that was recruited later in the show when Stormer heard her playing. She doesn't like Roxy, however she and Roxy are friends in the comics.

Blaze: Blaze is a Misfit who only appears in the comics. Like Stormer, she tends to be nicer.

Fox: Fox appears in the comics. She is a Chinese American woman who the Misfits send to spy on and sabotage Jem.

When Jerrica Benton first assumed control of Starlight Music following her father's death, one of her first problems arose from meeting with her then-business partner, Eric Raymond. Eric explained his distaste for Jem and the Holograms, stating that the industry needed "fresh blood". It is as this point that he introduced The Misfits, who made their entrance by riding into the office riding atop motorbikes designed to look like guitars.

Since then, despite losing the Battle of the Bands and having to make their own way through the music industry, they have been a highly successful (though accident-prone) rival, cutting their way through the much harder and edgier new wave music scene.

The music of The Misfits runs in complete opposite tangency to that of Jem and The Holograms. While the latter band's music generally cover topics such as love, tolerance, understanding and redemption, The Misfits' music typically revolves around ideas of selfishness and greed. To them, music is about personal success and the self-gratifying rewards it offers.

For all their selfish, aggressive personalities, their accident-prone tendencies and their unfair bids they make to surpass Jem, they do have a standard and this is shown when they acknowledge other people's lives are in fact being threatened: such as when they risked their own lives to save Jem and the Holograms from a terrorism (a bomb was planted on the stage Jem and the Holograms were going to perform). Furthermore, should the situation require it, they are even capable of putting their rivalries aside and are willing to collaborate with others, all in the sake of a common benefit.

In fact, Pizzaz initiates and proposes Jem a truce between both bands at A Father Should Be..., the series finale of Jem. Proving that these girls are capable of becoming good.

The fashions for The Misfits were called Smashin' Fashions.

Songs by The Misfits 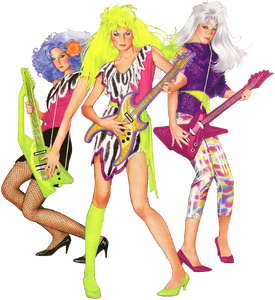 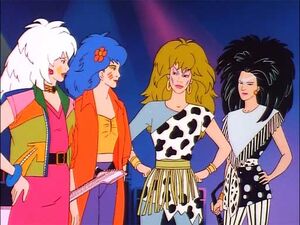 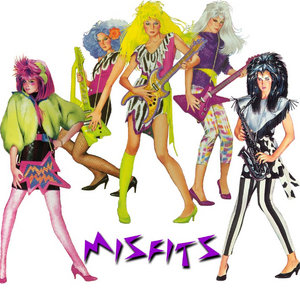 All of them together 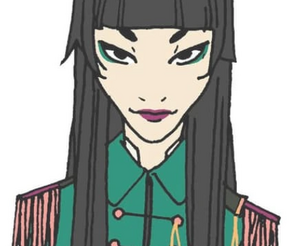 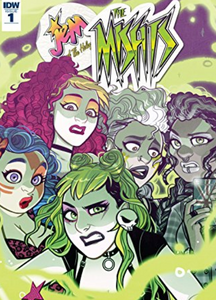 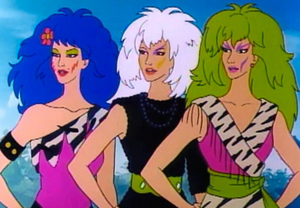 Retrieved from "https://villains.fandom.com/wiki/The_Misfits?oldid=3731702"
Community content is available under CC-BY-SA unless otherwise noted.