Depending on the creatures from the Macroverse

To envelope any world that open a pathway to it in fearful chaos.

The Mist is a thick unnatural mist inhabited by various species of otherworldly creatures and deadly predators, believed to be from another dimension, and it plays a major titular role in the 1980 Stephen King novel of the same name, the 1985 interactive fiction computer game of the same name and the 2007 supernatural sci-fi/horror film adaptation of the same name.

Theories and evidence throughout the novella and the film suggest that the mist is an alternate dimension that poured into our own when the Arrowhead Project went awry. This theory is supported by the fact that the mist originated in Shaymore (which is where the Arrowhead Project took place) and there was a large amount of police and military forces heading towards Shaymore at the time when the mist appeared.

In an early draft of the script for the 2007 film, it was revealed that the Arrowhead Project did indeed cause the mist. During the storm, the personnel at the base were able to successfully open a portal to another dimension. However, just then, lightning from the storm struck the base, causing the machinery to overload and the mist and the creatures inhabiting it to pour through the portal from the other dimension.

On the night after a freak thunderstorm, the mist manifested, spreading first across Bridgton, Maine, and then an unknown amount of the country or possibly even the planet Earth.

In the novella, the mist lasted for 3 days and presumably even longer. It is unknown whether the mist was contained to an amount of the country or spread across the planet.

In the film, about three days into the mist disaster, the creatures were exterminated by the military, and the mist dissipated for unknown reasons.

In the novella, the mist is white, has an acrid smell, and warps acoustics, causing close things to sound far away and vice versa. It also darkens to grey at night.

In the film, the mist is chrome and apparently does not warp acoustics. It also turns a dark blue at night, and it is unknown whether or not it has the acrid smell it does in the novella.

The mist is inhabited by a large number of species, all of which hunt on the basis of scent (as the mist makes sight almost useless to them), but some of which can also be attracted to light. Most, but not all of the creatures are only active at night. They include: 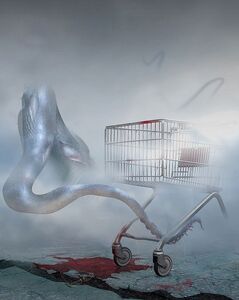 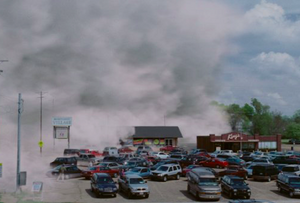 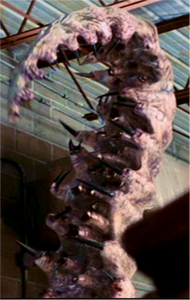 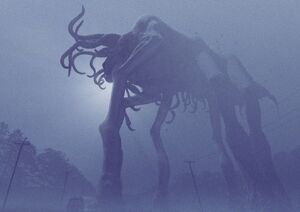 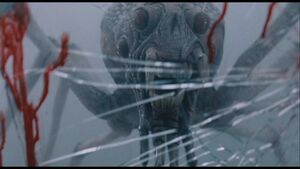 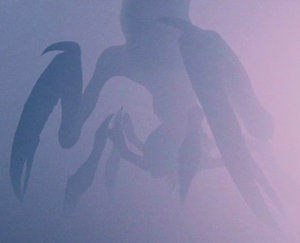 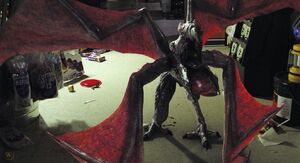 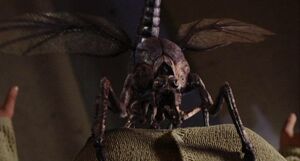 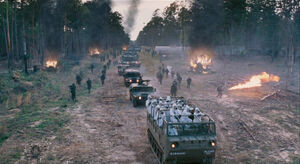 Giant Spider Creatures (the creatures that are being incinerated by the Military). 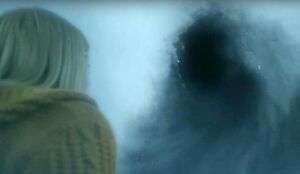 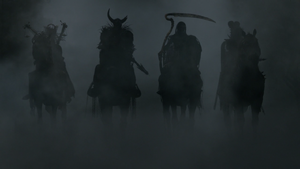 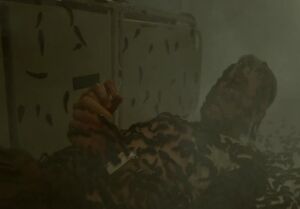 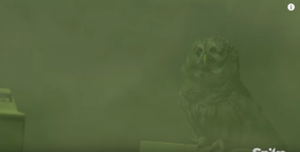 The Owl
Add a photo to this gallery

Retrieved from "https://villains.fandom.com/wiki/The_Mist?oldid=3868393"
Community content is available under CC-BY-SA unless otherwise noted.