The Mistress is a demonic queen of an unidentified realm who travels to and ultimately enslaves worlds with the aid of her pet called Demi-Dog and the main antagonist of the Extreme Ghostbusters episode "Dog Days".

The Mistress intends to conquer multiple worlds at her own will, but can only do so by broadcasting a controlling frequency that remotely possesses certain corporeal beings. To that end, she sends over Demi-Dog to New York, where he takes control of the city's dog population, causing them to turn against their owners and wreak havoc. Because of this, the Ghostbusters are called to stop the havoc.

Eventually, the Ghostbusters were able to captured Demi-Dog by using their Ghost Trap, freeing all of the dogs from Demi-Dog's control. However, this provoked an arriving Mistress to confront the Ghostbusters for defeating her pet, revealing her true form in an attempt to kill them out of revenge.

Eventually, one of the Ghostbusters, Roland Jackson, thinks fast and defeats the Mistress by taunting her before trapping her with the same Ghost Trap, ending her reign of terror for good. 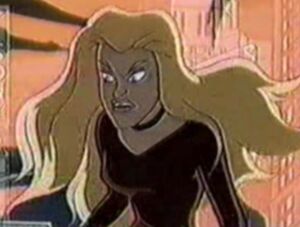 The Mistress in her beautiful human form. 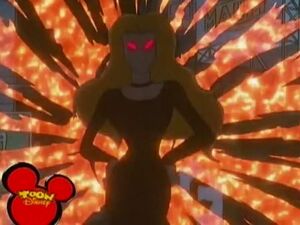 The Mistress demonstrates her powers upon crossing over from one dimension to another.