The Monkeys are a minor antagonistic gang in the controversial 2003 stealth/horror video game Manhunt.

It's currently unknown as to who voiced them.

A group of madmen, The Monkeys dress in monkey suits while mimicking the sounds they make. They operate in the Carcer City Zoo, ambushing everyone who isn't one of them. The Monkeys are said to be extremely aggressive when their banana reserves run dry.

After the events of Manhunt, it's unknown completely as to what happened to The Monkeys. It's possible that they were all eventually arrested for their murders and sent to an insane asylum, maybe even sent to Dixmore Asylum under the care of the Asylum Orderlies along with the Dixmor Inmates and The Legion.

The Monkeys prefer to use sawn-off shotguns and machetes to attack any and all unfortunate people who enter their territory. Strange, since they believe they're actually monkeys and they somehow know how to use and reload firearms, though it's possible they learned how to use them before they all went insane and are able to do so on instincts. 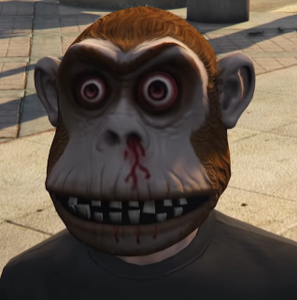 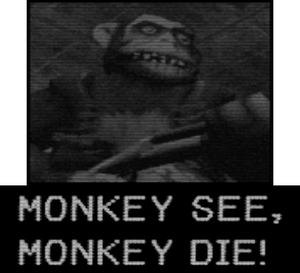