Killing and eating others.

Kill and eat the Boyfriend and the Girlfriend (failed).

The Monster is a major antagonist in Friday Night Funkin', being the main antagonist of Week 2 and the secondary antagonist of Week 5. Unlike other antagonists in the game whose villainy is either off-screen or merely attempted, or who merely want to protect/steal the Girlfriend from the Boyfriend, the Monster is truly and actively heinous, with a desire to torture, mutilate, kill, and devour them both.

He is voiced by Bassetfilms.

Unique among the characters in Friday Night Funkin', the Monster is a far cry from the humanoid, fairly cutesy characters in the game, being a gangly, nightmarish abomination consisting of a yellow lemon-like head with large, red eyes, a slit mouth, and large humanoid teeth, a red neck, and a black body with two fingers and toes. In Week 5, he also wears a tattered "Santa hat", presumably taken from the mall Santa being held hostage by Daddy Dearest.

The Monster is without much doubt the worst Friday Night Funkin' has to offer, being actively hunting for people to slaughter. In both of his songs, he gleefully goes into detail of his plans for the protagonists, both entailing their torture and eventual consumption.

The Monster is also not afraid of actively killing in the open, attacking the mall in Week 5, assumingly causing much bloodshed, and adorning the Christmas tree with the crimson fluid, entrails, and a severed head (which bears a striking resemblance to the Girlfriend's own head).

The Monster is also fully sentient, speaking clear English, having methodical planning in mind (promising Skid and Pump with candy if they bring him the Boyfriend and the Girlfriend), having some ownership of a dungeon, and also having some knowledge of cooking. 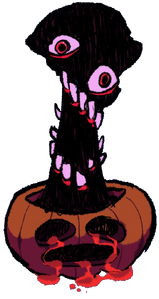 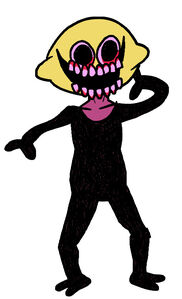 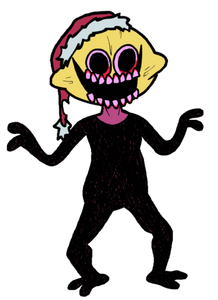 The Monster during Week 5. 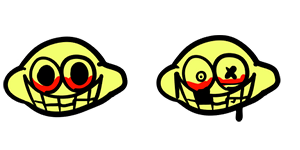