Weapons Dealer
The Morningstar are an antagonistic gang in Saints Row: The Third and "Saints Row IV".

The Morningstar is the oldest surviving gang in Steelport, and as such, commands considerable respect among criminals. Their main business is arms dealing (legitimate and illegitimate), but they are also involved in human trafficking and prostitution. Their gang colors are red and pink. Like the Luchadores and the Deckers, the Morningstar are a part of The Syndicate, but they also happen to be the central, founding member of the group, and basically call all of the shots. Anyone who dares to cross their path also crosses paths with the rest of the Syndicate, and had better be prepared to face the consequences

Morningstar is a European gang with exquisite tastes. As such most of their members dress in expensive clothes, and drive fancy, high-class vehicles. Under the leadership of billionaire, Belgian, arms dealer Phillipe Loren, Morningstar maintains both legal and illegal operations around the world. For instance, they operate a high-end gun boutique in town called Powder, which sells weapons to people who have the cash. Simultaneously, the gang also outfits illegal organizations, governments, and militias with weapons as well.

In addition to Phillipe, Morningstar is also supervised by Viola and Kiki DeWynter, extremely close twin sisters and art dealers who are Phillipe's protegees and run the gang's prostitution ring. The DeWynters' end of the sex trade operates out of a brothel/BDSM club called Safeword, located in the Rosen Oaks district.

Their headquarters is the tallest building in Steelport, the Syndicate Tower, located in the northeast corner of Henry Steel Mills. Inside the confides of the tower, the Morningstar operates a secret cloning facility, in the hopes of creating an unstoppable, master army of aggressive brutes from their prisoner, the giant Oleg Kirrlov. In addition to the Syndicate Tower, the Morningstar also own another massive skyscraper Downtown at the southern end of Loren Square, situated between its respective Decker and Luchadore counterparts. 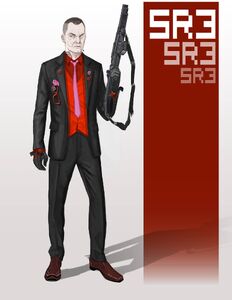 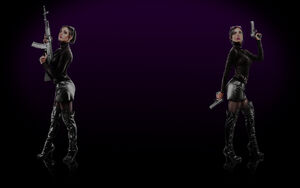 This article contains content derived from the "Morningstar" article on the Saints Row Wiki, licensed under CC-BY-SA.