The Nasties's underground hideout at the parking lot of Metrotown Mall

Take over both Fantasia and Earth by using the mystical wish-granting power of the Auryn talisman.

The Nasties, also collectively known as "The Nasty", are an abusive quintet of mean high school bullies led by Slip and the central antagonists of The Neverending Story III: Escape from Fantasia. There are only two female Nasties, while the rest (including the leader, Slip) are male. They have been repeating the 12th grade and enjoy picking on the protagonist, Bastian Balthazar Bux.

First, the Nasties trap Bastian in the boiler room and got expelled by the janitor for this. Later, as they are looking for Bastian in the library (where they have located him), they don't, but they do manage to find "The Neverending Story" (not knowing Bastian is hiding inside it) and they are amazed by how anything that is already happening being in the book (particularly Slip). Because of this, they decide to make bad things happen to Bastian in the story. As Mr. Koreander is coming, they leave the mess, causing him to think Bastian made the mess. While Rock Biter Jr. is staying at Bastian's house, and his father informs his wife (who, like the rest of the family, is voiced by a man) that Jr. is gone, the Nasties' effects make them fall out.

At the local shopping mall, while they are looking for the Auryn (as only some kind of wishing necklace to them), they trash the mall and chasing after it. As the group from Fantasia are looking for the Auryn, the Nasties find it first and turn everybody (especially Mr. Koreander and Bastian's parents [Bastian's father had remarried a divorced woman who had a daughter named Nicole]) evil. This soon taking effect on the rest of the Earth as well with its inhabitants being so nasty and mean.

Meanwhile in chaos-ravaged Fantasia, as the the magic realm's skies darkens and filled with both fire and lightning constantly striking at random, strange, dark crustacean-like monsters appeared and attacking the Child-Like Empress and her 2 faithful emmisaries.

These foul, wicked beasts are the symbolic namesake manifestations of the Nasties and the darkness in their hearts, as well as the result of the havoc and mischief they caused in both worlds. When Bastian is hit by lightning, he succumbs to the Nasties' cruel effects, but is saved by his stepsister. As the two kids returned to the mall, Bastian retrieves the Auryn and wishes for fighting moves, and fights the Nasties' leader, Slip. The Nasties soon retreated from their lair in the Human World while their monstrous fantasy counterparts soon blasted away and vanquished as Bastion's Fantasian friends wished everything go back to the way they were upon their return home.

The next day, it is revealed that Bastian has used the story to change the Nasties into friendly students. 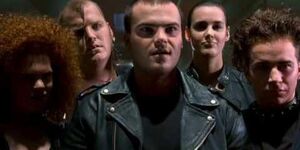 The evil band of young humans known as the Nasties. 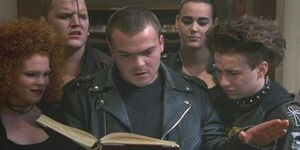 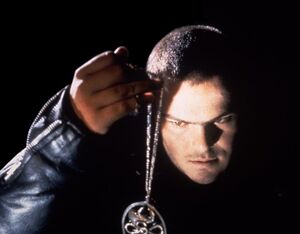 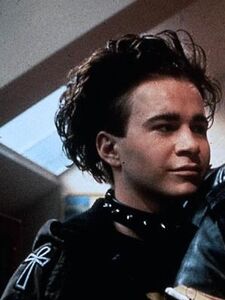 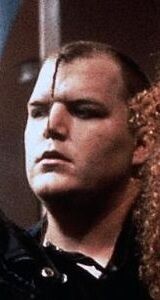 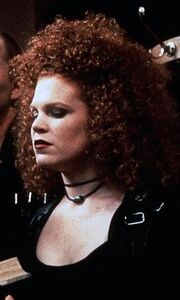 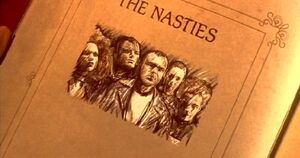 An illustration of the Nasties. 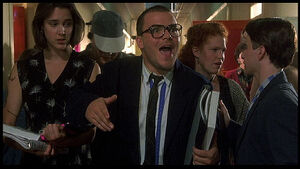 The Good Nasties
Community content is available under CC-BY-SA unless otherwise noted.
Advertisement