Raid near communities and improve their community.

Kill Javier and his crew (failed).

Homicidal Destroyers
The New Frontier is a group of survivors that acts as the main antagonists of the video game Telltale's The Walking Dead: A New Frontier.

After the zombie outbreak, a man named David García formed a group named New Frontier along with Joan and Clint. David became the head of security, Clint the head of food production and rations, Joan the head of diplomacy, and Dr. Paul Lingard, a friend of David's, became the head of medicine. In the first year, a bad winter exists and causes to death of the people of Richmond. Later, Joan orders her soldiers to raid nearby communities and get supplies to Richmond behind the backs of the other leaders.

A team led by Badger raided a town named Prescott in pursuit of a man who killed seveal of their raiders. When that same man, named Javier, arrives at their gate with a small group of survivors, he is revealed to David's brother. David has his wife and son taken in while the rest are isolated in their prison. David's family minus Javier and their group medic Eleanor are the other survivors the New Frontier take into their group while the others are exiled. After the truth about what Joan has been doing has been revealed, David tries to lead a coup against Joan's leadership. The resulting conflict results in the New Frontier walls to be compromised and many of the citizens are killed by walkers as a result.

After the hole is plugged, the previous leadership is removed from power either through death or desertion, Javier has the opportunity to become the leader depending on the player's choices. 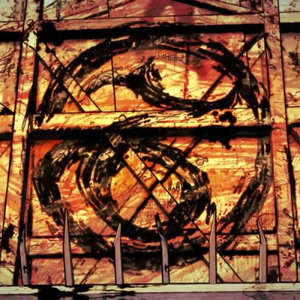 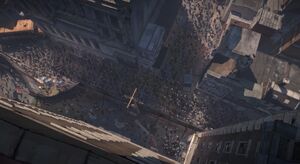