The Night is the overarching antagonist of the 2019 Disney animated series Amphibia. It is a mysterious monster who is the master of King Andrias, which seeks to dismantle the prophecy that brought the girls to Amphibia.

Although mostly not shown yet, the Night appears to be an mechanical arachnid-like creature with thirteen orange eyes and tentacles on the side of its spherical body. It is of massive size, towering over Andrias, who himself is much larger than humans.

The Night made its first appearance at the end of "The First Temple", where Andrias heads into his basement to a secret room following a report by General Yunan about the toads' political situation. There he bows to his master in a computerized room, tells it "the prophecy" is being undone, and that they will have their revenge soon, to which the monster mechanically roars in response.

In "True Colors", Sasha and Grime discover the mural revealing Andrias' true intentions, which features the Night in the background as he presides over the death and destruction caused by his conquests.

Referring to The Night

The Night is revealed. 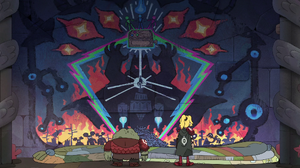 The Night as it appears on Andrias' hidden mural. 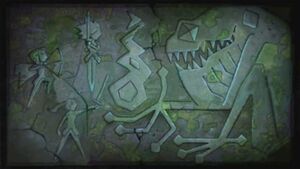 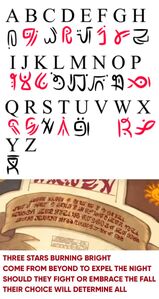 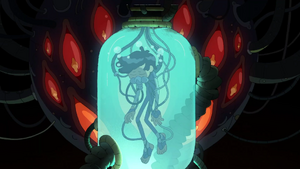 The Night observing a preserved Marcy Wu in the opening for Season 3. 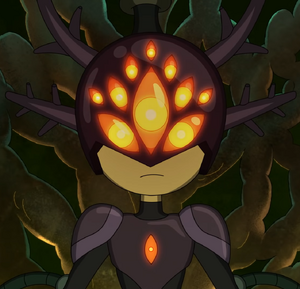 The Night possessing Marcy Wu in the Season 3 trailer.