The Nurse (The Conjuring Universe)

The Nurse is the main antagonist of the 2017 short fan film The Nurse, which won the "My Annabelle Creation" Contest and was made a part of the official The Conjuring Universe canon. She is a ghostly nurse that wanders the halls of a hospital.

She was portrayed by Hannah Palazzi.

Little is known about the Nurse and her identity, but it is known that she is the spirit of a deceased medical worker that died in or around the hospital where she worked. The short's creators later revealed that, in life, the nurse sexually abused 69 of her patients.

The short opens with a young girl patient named Emily, who has been in an accident and has bandages wrapped around her eyes. She hears a trolley creak in and thinks it may be a nurse. When she calls out to her visitor, there is no response. Emily gets out of bed to request a glass of water, not. knowing that a shadowy figure is following her. She hears a sound and feels the presence of someone behind her. As she turns around, the Nurse begins quickly walking towards her. Frightened, Emily runs back to her room, presses her call button, and hides under the covers.

Emily is greeted by a kind-sounding female nurse's voice asking her if she is alright. Emily asks if her mother has arrived yet, and the nurse tells her that she has not. The nurse then tells her that it is time to remove the bandages, her voice distorting as she speaks. Emily sits up and the nurse removes the bandages. Emily glances over to see the rotting, horrific face of the Nurse as she leans in and smiles.

Emily screams before being seemingly cut off, leaving her fate unknown.

The Nurse seems to appear as a friendly and hospitable caregiver who is concerned with the safety and comfort of her patients. However, she secretly stalks the hallways and sneaks up on her victims, seemingly trapping them or lulling them into a false sense of security. 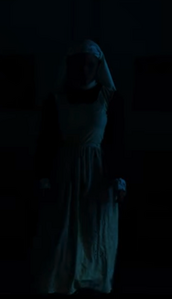 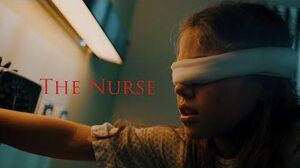