The Sentinel
The Black Rook

Right-Hand of The Administrator

Member of the Collective

The Observer is the main antagonist of Season 1 in the Slenderverse ARG Series; TribeTwelve (alongside Slenderman). He is a deadly force to be messed with.

He was potrayed by Rikki Dorian Audax.

The Observer is represented by a symbol of two eyes intersecting. The Observer communicates with Noah through physical means (cryptic packages and notes) and digital means (black-and-white videos, code, files). Most of his "communications" are stylized by visual distortions, solid black-and-white imagery and scratchy, fully capitalized (and in videos, shaky) text, though some or all of these traits may be shared by other members of the Collective.

During Noah's time in what is called "Stasis", The Observer responded to several Formspring questions by saying he was part of a group known as "The Collective", who are agents of the Slender Man.

The Observer serves under the Slender Man, whom he refers to as his "keeper".  He states that he fears him, and that this fear is what compels him to do his bidding.  He also refers to himself as merely a tool for the Slender Man to use and dispose of once his purpose has been fulfilled.

On November 10, 2012, Noah tweeted pictures of a letter he had received from the Observer that day. The letter contained writing that said "I'm so sorry Noah, They're too powerful, Kill me I'm only a tool, He can't use my body then, Kill me, Kill me, Kill me'. Noah had claimed this was the handwriting of his friend Kevin, confirming that Kevin is the Observer's vessel. Also, if you look at the scribble it has a sort of picture of the observer smiling or laughing.

In "The Livestream Incident" and "INTERCEPTION", The Observer tries to take Noah into the Collective once more. However, Firebrand intervenes, much to the Observer's fury, making the Observer yell, "SHUT THE FUCK UP!" at Firebrand. He tells Noah that he won this battle. After the video ends, Noah vomits a bit before Firebrand appears to him.

He appears in a few frames in "Fortunes", showing him at Victor Park, and may be the tormenting voice within The Journal.

It's stated in "Facade", that Observer's vessel (Kevin) is currently stuck on a fake version of Noah's house. Observer might be weaker now, since he has been separated from his host. 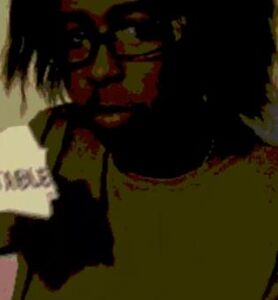 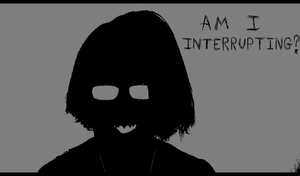 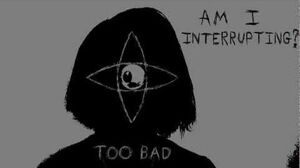