Hunting down his unfortunate victims.

The Operator is the main antagonist of the Marble Hornets universe.

Entry #86 reveals that the Operator used Alex to spread in power and appearance by effectively "infecting" individuals with his presence. These individuals, whom Tim called "Source(s)", are individuals who have seen or become stalked by The Operator. As a result, they begin carrying his presence with them, causing anyone who meets them to become a potential new victim and, thus, new sources.

Alex says that the only way to hold his spread is for all sources to die. Tim states that it is physically impossible to find and kill every source. There is also no practical way to be certain that every 'infected' individual would either have visible symptoms or even know.

While the Operator's origin is unknown, Alex tells Jay a tale in Entry #38 which may have links to his existence. Alex says that in an area of what is now Rosswood Park, the flora, particularly the trees, would grow abnormally fast. As punishment, the locals would string up criminals from the trees and let them grow, misshaping the criminals. After the criminals died of dehydration, the locals would burn down the trees – body and all. They suspended this practice when they found a missing child dismembered in the trees.

On the hunt for an intriguing news story, a small-town news team follows a crew inspecting repossessed houses. Inside a particularly strange house, the news team discovers a box of video tapes inside a locked closet. Sensing a story, they decide to take them back to their studio. From the tapes, they learn that the banks did not push out the family who had lived in the house, as they assumed. Instead, they fled the house in fear for their lives. Trying to decode the story, the crew keeps seeing a faceless figure dressed in a dark suit appear in the footage that causes the videotape to scramble. Their fear mounts when this figure, The Operator as he becomes known as, starts to appear in their real lives, standing quietly and always watching them. Tortured and terrorized, the three crew members must track down the mystery of The Operator before it is too late.

Comparison to the Slender Man

The Operator came about before the contemporary mythos and his depiction has helped shaped the mythos, but he has multiple differences in attitude and behavior compared to the Slender Man.

Even though he has not had a major fight in the series, the Operator is an incredibly powerful figure. His most used ability is to instantly teleport himself and others to any desired location. He has a habit of warping his victims to large bodies of water to drown them. The entity seems to have a major degree of reality warping, as seen when he reduced the amount of time between the early afternoon and midnight in Entry #72 – time passes from day to night in a few minutes. The series hints that the Ark is a realm created by him.

The Operator can mess with the mind and emotions of his victims, able to send them to insanity, brainwash them or wipe their memories. He can also "infect" his victims, causing them to burst into violent coughing fits, suffer from seizures or experience sudden blackouts. The Operator can control technology as well. He prevented a voicemail arriving at Jay's phone, and his mere presence can disrupt and crash technology, such as cameras.

Other powers of the Operator include reanimating corpses (as seen in the movie where it reanimated Milo's corpse), using telekinesis (he can even suck others towards him), extending its limbs and possessing others outright, as it did with Eli. Additionally, in Always Watching, he is invisible to the naked eye, and can only appear in cameras.

The Operator is successfully immortal. Whenever it infects someone, they become a "source". When those sources interact with other individuals, they gain a connection to the Operator and unknowingly amplify his capabilities. For as long as these sources and others exist, nothing can defeat the Operator. Characters in the series theorize that they can only truly make him killable by destroying these sources and everyone they have interacted with – a near impossible task.

The Operator’s personality is extremely difficult to describe since he appears as a blank slate. Although there are examples of cruelty and sadism such as his torment of Tim during the entirety of Entry #65. The Operator also likes Alex the most out of all the other characters and seems to be his favourite.

During the 10th-anniversary twitch stream, when asked if The Operator was pure evil or just possibly strange and misunderstood, Joseph DeLage replied that The Operator was a creature of malice and a force of evil but not in the traditional type of way. 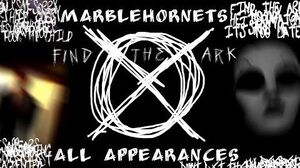