The Organization (The Cabin in the Woods)

Since the Ancient Ones and humanity made their first encounter millions of years ago.

The Facility located somewhere in the United States

Knowledge of the existence of the Ancient Ones

Choose certain number of humans around the world and sacrifice them via The Ritual to the Ancient Ones so humanity can be allowed to continue existing.

The Organization is a loose term to describe the massive worldwide conglomerate that runs the Rituals dedicated to the Ancient Ones and controlling some government aspects. They are the primary antagonist group throughout the 2012 comedy/horror film The Cabin in the Woods. they are shown to be extremely adept to the level of military grade weaponry and technology, even within some cases surpassing today's known technological ability (such as the invisible hexagonal wall that contains the sacrifices into the ritual area).

Even while being so advanced, the Organization maintains its roots as an ancient deity-worshipping cult, devoted to prayers for their sacrifices and following various pagan rituals.

After their annual Rituals suddenly start to fail, they were down to the last one here within a cabin somewhere in the United States and three of the five chosen humans were properly sacrificed, leaving "The Fool" (Marty Mikalski) and "The Virgin" (Dana Polk).

Every single nightmarish monster, including the ones who attacked the above-mentioned humans' best friends, is a manifestation of the Ancient Ones' desires for the punishment of human youth, and they are under the Ancient Ones' control. All of the monsters were let loose during the System Purge in which the workers at the Organization fall victims to the multiple monsters.

Marty Mikalski and Dana Polk escape the Purge while the rest of the Organization were slaughtered by the escaped monsters and find a huge sacrificial chamber and the pit below it where the Ancient Ones resided. Later, they personally meet the Director who explains their situation. She tells Dana to shoot Marty, but Dana is attacked by the Werewolf, and the Director is attacked by Patience Buckner, who falls into the pit. Marty and Dana sit back and wait for the Ancient Ones to come, and one of them destroys the Facility and the Cabin.

The Organization has various annual operations that are performed at once all over the world in order to better their chances of successfully pleasing the Ancient Ones. Some of the locations at which they perform sections of the ritual are:

The members of the Organization. 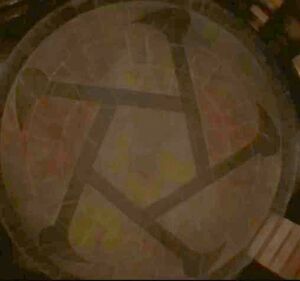 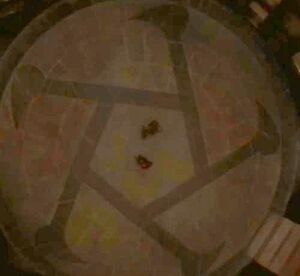 This icon which is the symbol of the Ancient Ones, is associated with the Organization who worships them.