Gouging out eyes of its victims

Kill anyone who saw its appearance.

The Outsider, known as the OXCOM, is the main antagonist of Dean R. Koontz's 1987 horror novel Watchers, and its 1988 film adaptation of the same name.

In a secret research-lab in California specialized in genetic warfare, a experiment with the purpose of creating animals with human intelligence was being carried out. The first successful test-subject was a friendly male Golden retriever, who was intelligent enough to understand human speech. However, a doctor named Yarbeck tried to take it one step further by not only creating a highly intelligent animal, but also making it specifically designed to kill. She used the DNA of baboons as a base, and the result was a deformed being that was simply labeled as the outsider. The retriever and the outsider grew up together, and both developed a fondness for Mickey Mouse-cartoons. However, the baboon-hybrid also grew to loathe his older "brother" and when they one day both escaped out into the wilderness, a deadly game of cat-and-mouse began. Because of a vague telepathic link they had with each other, the Outsider could track his prey wherever he went. A federal agent named Lemuel Johnson who had already gotten to know both creatures was tasked with finding them.

The Outsider went on a killing spree throughout the states murdering several humans and animals, including a lumberjack, a police officer, a couple of hikers, a group of zoo animals and more. A few victims managed to survive and tell agent Johnson about what they had seen.

By the time the Outsider found the retriever, it had been adopted and named Einstein by two humans named Travis and Nora. After a brief battle with the monster, the trio changed names and moved to a new location to escape it.

It managed to track them down once again however, broke into their house and succeeded in seriously injuring Einstein. But Travis managed to wound it and chased it outside before it could kill him. Once Travis and the Outsider was alone, the creature revealed that it could actually talk. While its speech pattern was primitive, Travis was able to understand that its bloodthirsty desire was motivated by a large amount of self-loathing. Eventually, it even started to beg for Travis to end its life, which he reluctantly accepted by giving it a second, fatal shot.

The creature's body was retrieved by Lemuel Johnson, who secretly allowed Travis and Nora to keep the recuperated Einstein.

The Outsider was an embodiment of self-loathing and envy. It was intelligent enough to understand English and communicate through sign language, and was under the constant impression that everyone hated it because of its deformed appearance. It expressed a desire to claw people's eyes to stop them from gazing upon it, and even claimed that it wanted to remove its own eyes so that it would not see its own reflection. It knows it cannot mate because of its deformed appearance (mating is an essential, biological instinct for all organisms). This self-directed hatred eventually even destroyed its very will to live.

Einstein was much friendlier towards the scientists at the facility, and thus more popular. It was speculated by Lemuel Johnson that the Outsider wanted to kill Einstein out of jealousy, and described the two as rivaling siblings.

The one trait of the creature that made both Lemuel and Travis pity it was its childlike nature. Watching Disney cartoons was part of the experiments it went through at the facility, and the only pleasant memories it really had. During its killing spree, it stole a Mickey Mouse toy to keep as a possession.

After its death, Travis wondered if it failed to kill Einstein out of sloppiness, or because the sibling-like bond they had with each other made it hesitate at the last second.

The creature remained very much the same in the movies, except that it appears less sympathetic and never speaks. The design also varies regularly. 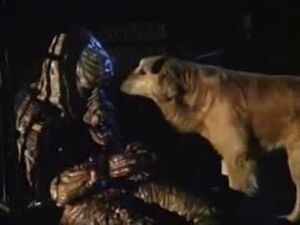 Einstein and the Outsider in the 1990 adaptation 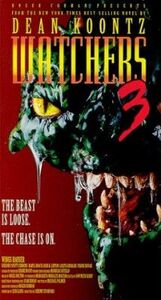 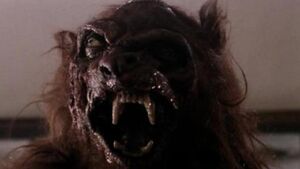 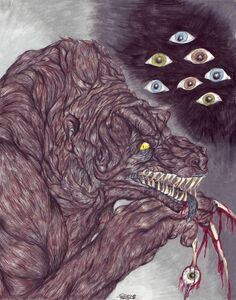 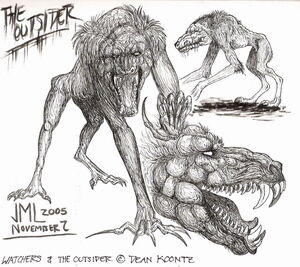 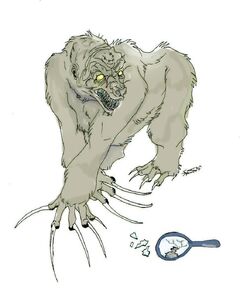 Retrieved from "https://villains.fandom.com/wiki/The_Outsider_(Watchers)?oldid=3892321"
Community content is available under CC-BY-SA unless otherwise noted.