The Worst Criminal Minds from all over the world

Before the events of Batman: The Enemy Within

Obtain the LOTUS Virus (failed).
Obtain the Phalanx Key.
Obtain The Riddler's corpse.
Locate the black-site.
Find the mole in their midst (all succeeded).
Kill Bruce Wayne/Batman and his allies, Amanda Waller, the Agency, and anyone who stands in their way (failed).
Work for Waller so they are not killed (Harley Quinn, Bane, and Catwoman only; Vigilante Joker; ongoing/formerly).
Help "John Doe"/The Joker get revenge on Bruce Wayne (Villain Joker; failed).

The Pact are the main antagonistic faction of Telltale Games' Batman: The Enemy Within. They are a group of the world's deadliest supervillains and their allies brought together by a common interest in the LOTUS Virus, which they hope can cure them of their ailments.

The Pact was formed by the Riddler, who desired to steal a SANCTUS bioweapon named Project LOTUS. The Pact's members came to believe that by synthesizing Project LOTUS with Riddler's blood, it will create a miracle remedy that will remove their perceived weaknesses. After learning that SANCTUS was secretly operating somewhere in Gotham City, the Pact moved their headquarters to Gotham's abandoned Old Five Points subway station to try and pinpoint the organization's secret location within the city.

Episode One: The Enigma

When arriving in Gotham, the Pact apparently became annoyed with the Riddler's leadership, so he decided to try and impress them by luring out and killing Batman. However this caused more problems for the group, as his attempt on Batman's life drew the attention of the Agency; a government organization who have been tracking their movements. After the death of Lucius Fox (caused by a riddle that Riddler intended Batman to solve) John Doe meets Bruce Wayne at Lucius' funeral and offers Bruce a chance to join The Pact before expressing his hatred for its leader. He helps Bruce to capture Riddler by telling him where to find the villain. Unfortunately, Riddler had set a trap for his pursuers and threatened the lives of multiple Agency members. Bruce, as Batman, still managed to foil his plans and defeat him in combat before Riddler was assassinated by a mysterious individual. Although while this was all happening, the rest of The Pact prepared for their own assault on the city.

The Pact launched a three-pronged attack on Gotham, with Harley Quinn robbing the Gotham Brokerage House, Mr. Freeze terrorizing GothCorp, and Bane breaking into the GCPD Arsenal. Batman heads off to stop the arsenal robbery, only for Bane to subdue him and leave with the stolen weapons. Bruce decides that the best approach is to go undercover for the Agency and become a member of The Pact. He meets with John, who arranges a meeting with Harley Quinn and is tasked with helping them acquire the Phalanx Key from Wayne Tower. Despite a few obstacles, the trio obtain the key and an EMP generator. Bruce is later brought to The Pact's hideout, the abandoned Old Five Points subway station. There, Bruce had managed to be voted in as a Pact member and learned that the group's next target was a Agency transport carrying something they refereed to as “the Package”. Bruce was forced to participate in the assault while warning the Agency's director Amanda Waller of the incoming danger. Despite this, and leaving one of their own behind (either Bane or Harley), The Pact still succeeded in taking the Package, which is soon revealed to be the Riddler’s corpse. They then move on to the next step of their plans with the assistance of their hired help Catwoman.

Episode Four: What Ails You 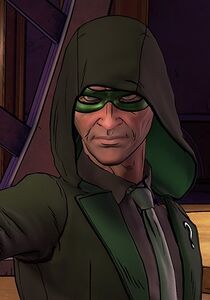 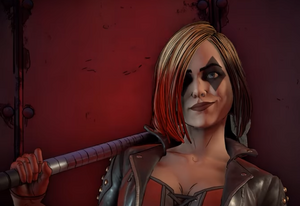 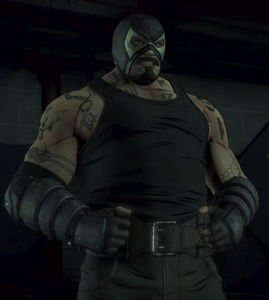 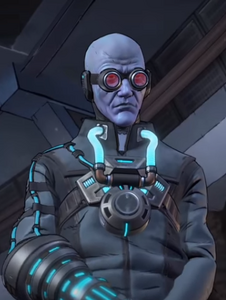 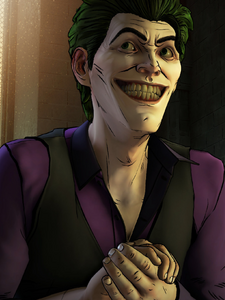 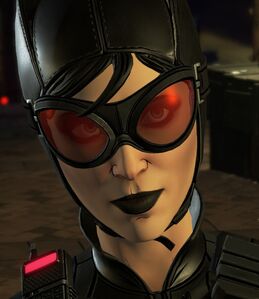