To get the St. Louis High School talent show cancelled, so he would have enough players to win the football game that was booked on the same night (failed).

The Phantom of the High School Musical is one of the main antagonists of the 2009 video game Scooby-Doo: First Frights. He was a ghost that terrorized the St. Louis High School talent show. After being defeated by Mystery Inc, he was revealed to be the school's football coach Mr. Hayes.


Now the gang has to get rid of the four skeletons holding the ropes. If not done quickly enough, more skeletons will come from the doors and take the place of the defeated ones. After getting rid of the skeletons, The Phantom will fall on the ground and it is here where you fight him. There ain't really much of a strategy, just avoid his attacks and pummel him until his health bar reaches zero. Afterwards, the stage will fall on The Phantom and trap him.


Mystery Inc. unmasks The Phantom and reveals that it's the school's football coach, Mr. Hayes. The gang are baffled as they thought The Phantom was Ms. Hilkens, the drama teacher who would disappear whenever The Phantom would show up. However, she shows up to explain that whenever The Phantom appeared she would run to protect her Golden Square performance award. Velma then explains Coach Hayes' motive, as he needed a full team to win the football game that was being held on the same night as the talent show which some of his players were in. Afterwards, he is presumably taken away by the police. 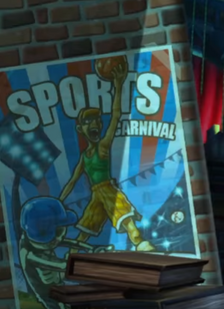 Coach Hayes on a poster. 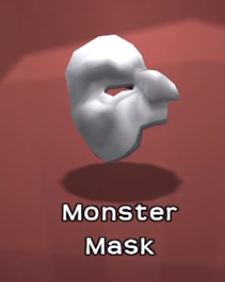 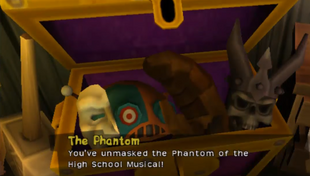 The Phantom's mask next to the other boss trophies.
Add a photo to this gallery 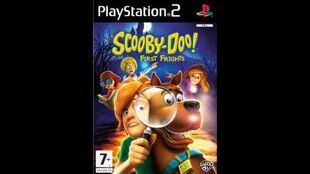 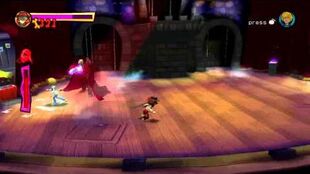 Retrieved from "https://villains.fandom.com/wiki/The_Phantom_of_the_High_School_Musical?oldid=3168374"
Community content is available under CC-BY-SA unless otherwise noted.