Kill any devotees of Jesus Christ.

Kill Jesus Christ because of their hatred for Him (both partially succeeded).
Make Judaism the primary religion (failed).

The Pharisees (פְּרוּשִׁים‬ in Hebrew) are major antagonists in the Four Gospels of the New Testament. Though they make themselves appear holy to other people, deep down they were more concerned with the Law and not their fellow Jews. Because of this, they have found themselves going against Jesus several times in the Gospels.

Role in the Gospels

The Pharisees were interpreters of the Law of Moses and as such were very strict with keeping the law. Most of the Pharisees were very vain individuals who would use their knowledge of the Law to make themselves seem holier to other people. However, they were so strict with keeping the Law, they disregarded other people, most of them being their own people.

When they first interacted with Jesus, they hated Him because He would do things contrary to what the Law said. For example, they decried Him for healing a man's hand on the Sabbath and came to Him to ask if they should stone a woman to death after they saw her in the act of adultery. The latter was a ruse to bewilder Jesus because if He refused to stone the woman, they would successfully accuse Him of being lax on the Law but if He did stone her, the Pharisees would turn Him over to Roman authorities as Jews were not permitted, on their own authority, to carry out executions.

This dislike for Jesus wasn't just reserved to Him, but extended to His disciples as well. For example, they would ask them why they would eat with sinners or question their motives for following Jesus. Jesus had also accused them of hypocrisy because even when they study the Law they are hypocritical when it came to other people. In addition to this, most of the Pharisees would also cheat other people out of their possessions, or steal them by force. Because of their hatred for Jesus, the Pharisees conspired to kill Him alongside the Sadducees. In fact, Jesus condemned them as being executors of Satan 's will. It seems likely that the Pharisees were indeed under satanic influence since Satan had physically appeared and threatened Jesus early on, wielded the ability to possess/influence humans and like the Pharisees, tried to intensely undermine and sabotage Jesus's mission.

The conspirators then called upon Jesus's disciple Judas to betray his Master and offered him thirty pieces of silver. He does so, and Jesus is soon arrested on the Mount of Olives. When Judas found out that Jesus would be sent to death over Him being a potential rebel leader, he tries to return the thirty pieces of silver to the Pharisees. The Pharisees inform him that the Temple didn't take blood money and Jesus' fate is sealed. Judas then goes out of the Temple to hang himself in a field out of remorse. Some of the Pharisees then used the blood money to make a burial ground for foreigners.

Years after Jesus ascended into heaven, the Pharisees sentenced Saint Stephen to stoning for "blasphemy" (he was accusing them of their sins, and he saw Jesus standing at the right hand of God). As they stoned him, they laid their coats in front of one of them, Saul. While most of the Pharisees hated Jesus, only one decided to be His follower, named Nicodemus.

Saul also tormented the disciple of Jesus, until a travel in the desert where he did meet Jesus who tell him to go to Damascus, but he made him blind for his punishment until Ananias decide to heal him and free him from his punishment, same if some people still reluctant to forgive him for what he did,Saul tell them that he do believe in Jesus miracles and he's not pharisees anymore but a follower of Christ and change his name for Paul The Apostle. In some catholics version of the bible Paul died decapitated by Nero soldiers, while in some other version he escape his fate and probably died of old age. 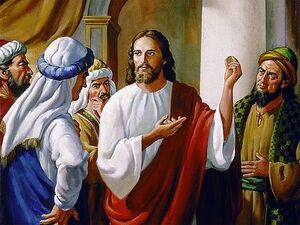 The Pharises vs. Jesus Christ 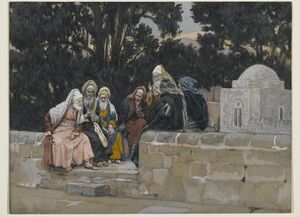 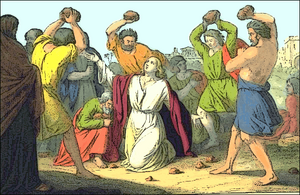 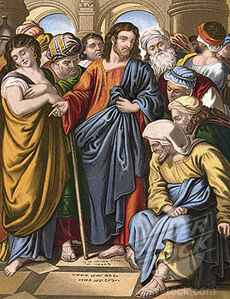