Assassin for the Time Masters

Kill the younger versions of the Legends (failed).

The Pilgrim is an antagonist in Legends of Tomorrow. She is the deadliest assassin of the Time Masters and is sent to kill Rip Hunter and his team.

She is portrayed by Faye Kingslee.

After the Hunters have failed to kill Rip Hunter and his team, Time Master Druce issues Omega Protocols on every team member. While dying, one of the Hunters tells Mick Rory about the Omega Protocols and that the Pilgrim will now be coming for them. Back on the Waverider, Rory warns the rest of the team about the Pilgrim. Rory and Rip explain to the rest that the Pilgrim is a Time Master assassin and that she, as every team member is a skilled fighter, will be targeting younger and more vulnerable versions of them. She however has only one attempt on killing a younger version, as multiple attempts would create irreparable temporal damage.

Indeed she is seen in 1990, attempting to attack a younger version of Mick Rory. This attempt fails when Ray Palmer saves the young Mick and brings him onboard the Waverider. This means that the young version of Rory is safe. The Pilgrim next targets Sara Lance and heads to Starling City in 2007. There, she attacks the SCPD where Sara and her father are located due to the take-your-daughter-to-work-day. The Pilgrim storms the precinct, attacking a police officer at the door while entering. The remaining policemen draw their guns and shoot at the Pilgrim, who is impervious to their bullets. The Pilgrim defeats every policemen, including Lance, but young Sara is saved by the team. The older Sara attacks the Pilgrim and during this fight young Sara recognizes her older self. The fight ends when Mick Rory blasts the Pilgrim with his heat gun, allowing Rip's team to retreat. While the young Sara is brought to the Waverider and thus saved, Gideon has no lead on the next target of the Pilgrim, leaving the team to wonder which team member will the Pilgrim target next.

While talking to Kendra aboard the Waverider, Ray suddenly collapses. Gideon's scans reveal that he is suffering from severe internal injuries and that a temporal anomaly has appeared in Ray's timeline on 19 December 2014. The team realises that the Pilgrim must be attacking Ray and head for Star City. There, they find the younger Ray attacked by the Pilgrim. Stein and Jax fuse to Firestorm and shoot a fireball at her but the Pilgrim freezes time around Firestorm, redirects the fireball at him, and thus blasts Firestorm away. Meanwhile, Rip saves Ray by aiming a part of Ray's A.T.O.M. suit at the Pilgrim and shooting an energy ray at her. The Pilgrim is lifted off her feet and blasted out of the window and the team retreats back to the Waverider. There, they decide to kidnap their newborn selfs to make sure they are safe from the Pilgrim. While doing so, the team narrowly evades the Pilgrim who has come to kill the baby version of Jax. When she enters the room to kill the baby, she only finds a mocking note left by Jax.

Fed up with the interference of Rip's team, the Pilgrim a transchronal beacon for the crew of the Waverider to find. The entire team listens to the Pilgrim's message in which the Pilgrim threatens to target the team's loved ones, including Lisa Snart, Quentin Lance, Clarissa Stein, Jax' father and Anna Loring. The transmission comes with a carrier frequency, allowing the team to contact the Pilgrim. Rip contacts the Pilgrim and gives her a counter offer. Should the Pilgrim leave the rest of his team alone, he will surrender her his past self, meaning that eliminating him would prevent the creation of the team alltogether. The Pilgrim agrees to the deal and the team, including Rip's younger self, meet with the Pilgrim. The Pilgrim exchanges Jax' father against young Rip, claiming that she will released the rest when the boy has been handed over to her. While Jax' father approaches the team, the young Rip walks towards the Pilgrim. Unbeknownst to the Pilgrim, Palmer in his atom form is hidden on the boy's shoulder. On Ray's sign, the entire group attacks her but the Pilgrim freezes every team member's attack. However, she does not freeze the young Rip who draws a knife and stabs her in the stomach. The pain causes her to accidentally release the rest of the team, resulting in her being hit by each team member's attack, killing her and reducing her to a pile of ash. 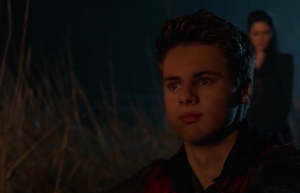 The Pilgrim advances on one of her targets 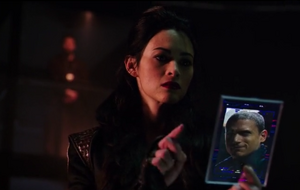 The Pilgrim gets her next assignment 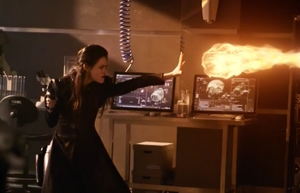 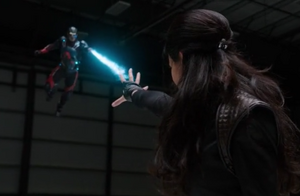 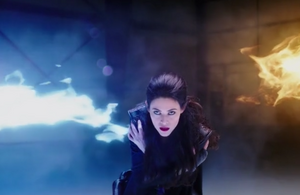 The Pilgrim freezes time to avoid Rory's and Snart's attacks 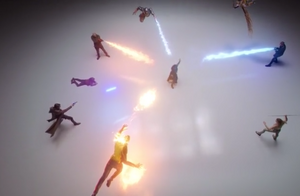 The Pilgrim stops time to freeze the entire team 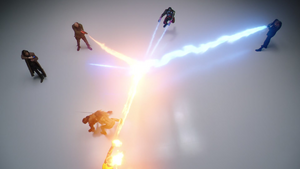 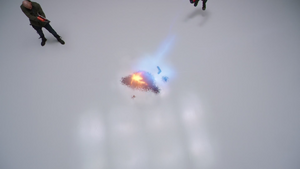