Attack anyone who meets her and the other ghosts.

Isabella Smith, chosen by Cyrus Kriticos to be The Pilgrimess, is a minor antagonist, but major character in the 2001 film Thir13en Ghosts.

She was portrayed by Xantha Radley.

Isabella Smith was an Englishwoman, who traveled across the Pacific and settled in New England during colonial times. She was an outcast for the town she was living in, and was constantly ignored and isolated. After the livestock began to die mysteriously, Isabella was accused of witchcraft by the townspeople. They chased her to an old barn, which they lit on fire. However, between the ruins, she emerged, somehow unharmed by the fire. She was then sent to the town square and sentenced to the stocks. Finally, she succumbed to starvation.

Isabella wears a long, black dress, and her skin is in really bad shape. She is still locked to the stocks in which she was put on, by her head and hands.

Isabella only appears once before the end, chasing Arthur Kriticos, Dennis Rafkin, Maggie Bess and Kalina Oretzia through a hallway to the library within the Basileus Machine after the Jackal attacks them. She failed to attack and killed the four people when she ran into a pane of Ectobar glass etched with Barrier Spells She is then seen during the climax, carrying Cyrus to his death in the Ocularis Infernum, then leaving the machine with the other ghosts. 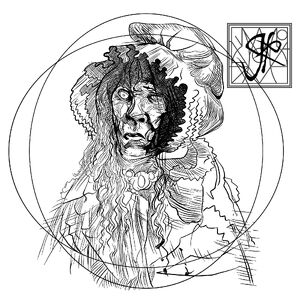