Associate of the Russian Mafia

Keep the girl hostage for his films.

The Producer is a minor antagonist in the 2012 indie top-down shooter videogame Hotline Miami, where he serves as the boss of "Decadence". A film producer associated with the Russian Mafia, he holds a girl captive in his villa and keeps her heavily sedated so he can presumably carry out sadistically perverted acts on her.

In Hotline Miami 2: Wrong Number's Digital Comic, the film producer's name was Wilson Fisker according to a news report.

The Producer is a large middle-aged man with a clean-shaven face, a bald head, dark skin, and blue eyes. Even between alternate facial sprites, he is frequently shown to dribble. The Producer also seems to wear a black suit, while also wearing a white shirt and a teal-colored bullet proof vest, which is prominently shown after he rips off his jacket during the fight with him.

Known as a famous film producer according to news outlets, the Producer's reputation isn't as clean as the media might hope, as he is shown to be associated with the Russian Mafia, the most powerful crime syndicate in Miami, and employs several members of the Mafia as bodyguards in his personal villa. Notably, the Producer holds a nameless girl captive at his home, where he keeps her drugged and half-naked on his bed. The Producer keeps two film cameras and a studio light pointed directly at her at all times and keeps what appears to be a pair of cuffs on the bed. Although it is kept vague, it is presumed that the Producer has kept the girl in this state to film himself performing perverted acts on her.

Since the Producer is closely associated with the Russian Mafia, his home is eventually targeted by an ultranationalist terrorist organization known as 50 Blessings, who are specifically coercing the citizens of Miami into attacking operations owned by the Russian Mafia through cryptic phone calls. The callers send Jacket to attack the Producer's villa. While Jacket kills several of the Producer's men guarding his home, the Producer keeps himself locked in his room and simply watches the carnage unfold via security cameras while eating snacks in hopes that Jacket will be killed. However, Jacket makes his way through the building and kills every single mobster guarding it.

After killing the Producer, Jacket finds the girl weeping in the Producer's room and tells Jacket to "get it over with". Instead, Jacket picks the girl up and brings her into his car, fleeing the scene and nursing her back to full health. 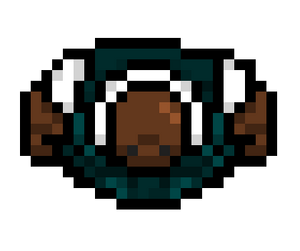 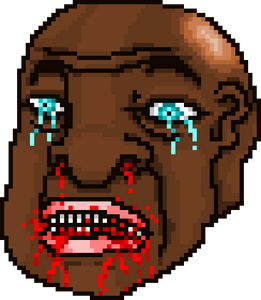 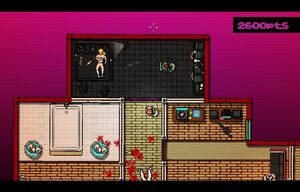 The Producer seen watching the security monitors in his room, while the girl lays unconscious on his bed. 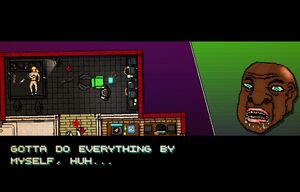 The Producer prepares to kill Jacket. 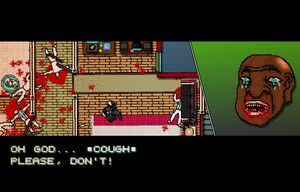 The Producer begs for his life after Jacket defeats him. 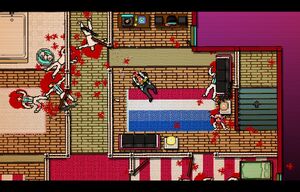 The Producer is brutally killed by Jacket. 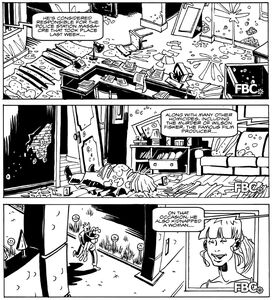 The aftermath of the Producer's murder is presented on the news, alongside Jacket's other crimes.