Causing pain upon others

The unnamed protagonist is the main character and villain of Voltaire's song, When You're Evil.

According to him, he is basically everything that causes pain, fear, and chaos in the world, ranging from a simple fly in someone's soup to the dagger in someone's back. It can be assumed that he is simply a force of evil created to extract chaos in any way, shape or form in this world and do the Devil's bidding-because according to him, he is called to bring chaos upon others any time "...the Devil is too busy, and Death is way too much...". 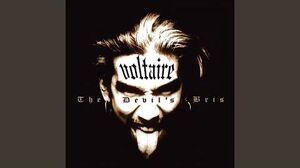 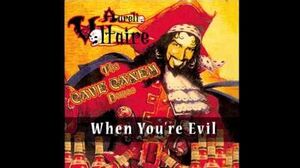 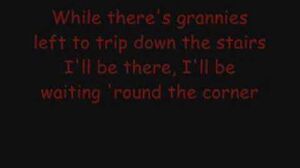 Voltaire - When You're Evil (Lyrics)-0
Add a photo to this gallery
Retrieved from "https://villains.fandom.com/wiki/The_Protagonist_(When_You%27re_Evil)?oldid=3417792"
Community content is available under CC-BY-SA unless otherwise noted.