The Ragdoll is the titular main antagonist of the 1999 horror film Ragdoll.

17 year old Kwame performs in local hip-hop band. While living with his aged grandmother, he has grown up listening to her talk about her "magical powers". When his gran is put into the hospital by local thugs, Kwame invokes the "killing" magic and puts it into his gran's old rag doll. However, there's a terrible price to pay for dealing the shadow man and his magic of the "killing" kind. 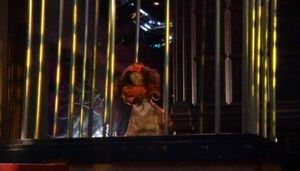 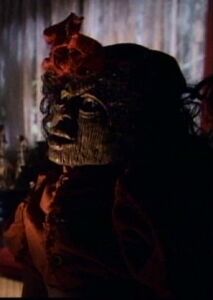 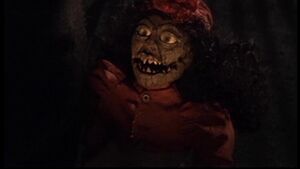 Ragdoll created in a demon form 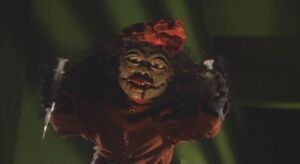 Ragdoll with syringes
Add a photo to this gallery
Retrieved from "https://villains.fandom.com/wiki/The_Ragdoll?oldid=3387352"
Community content is available under CC-BY-SA unless otherwise noted.