George Foyet, also known as "The Reaper", is one of the few recurring serial killers in Criminal Minds, and one of the major enemies of the BAU unit. He appears as the main antagonist of The Reaper Arc of Season Four.

He was portrayed by C. Thomas Howell, who also played Professor Zoom in Justice League: The Flashpoint Paradox.

George Foyet has no conscience or remorse, and has a pathological need to inflict pain and suffering; he particularly hates couples and other people who have meaningful relationships, and often chooses such people as his victims. He is highly intelligent, resourceful, and manipulative, and knows how to cover his tracks and avoid capture.

He harbors an obsessive hatred of Behavioral Analysis Unit Agent Aaron Hotchner, and enjoys playing psychological cat-and-mouse games with him.

Foyet was born in 1968 to an abusive father and a submissive mother who did nothing to protect her son from her husband's frequent outbursts of violent rage. Foyet hated his father for hurting him and his mother for failing to protect him, and developed a hatred of couples in general. He ultimately murdered both his parents, and became a serial killer preying on couples, nicknamed "The Reaper" in the press.

Ten years before the events of Season 4 episode "Omnivore", FBI Agent Aaron Hotchner and a detective named Shaughnessy were tracking down the Reaper. However, once Shaughnessy finally found the killer, he made a deal with him to stop hunting each other down, causing the Reaper to go underground.

The Reaper usually assaults and murders couples on highways. However, as the BAU tracks him down more and more, his methods become more and more brutal, targeting several people at once, until he finally sets his aim on Agent Hotchner's ex-wife and son.

Tracking down the Reaper

Hotchner and his team return to Boston to find out that Shaughnessy is dying, which will break the Reaper's deal. This of course happens as he starts killing again, leaving a single survivor behind, revealed to be George Foyet himself. The team offers him protection from the killer, but he refuses to leave Boston. Hours later, Hotchner receives a call from the Reaper, who proposes the same deal he made before, but the agent refuses. Angered, the Reaper steps into a coach bus and kills everyone on board, leaving Foyet's three addresses written in blood on the windows. Agent Derek Morgan goes to the latest address to try and stop Foyet, who knocks him unconscious and leaves a bullet at the crime scene to taunt the team.

The team's analyst, Penelope Garcia, crosses references between Foyet and the Reaper, which connects the two and finally allows the team to declare them as the same person. In the meantime, a True Crime reporter interviews Foyet, who holds him a gunpoint once he says the Reaper was found dead. The BAU traces the reporter's cell phone to Foyet's apartment and manages to arrest him, only for him to escape prison by faking a blood loss and getting to the infirmary, escaping through there.

At the Season 4 episode "...And Back", the Reaper surprises Hotchner at his house and shoots him off-screen. In Season 5, Hotchner is rushed to the hospital, although under Morgan's name, an attempt by the Reaper to legally declare Hotchner dead. Flashbacks reveal that the Reaper actually shot the wall next to Hotch and beat him in a struggle, proceeding to stab him nine times, but also keeping him alive to go after his family. The BAU immediately places Hotchner's ex-wife Haley and his son Jack under US Marshall Service protection.

The final clash with the Reaper comes in Season 5's episode "100". The team traces down one of the Reaper's aliases, Peter Rhea, and find his apartment empty, although loaded with empty gun briefcases. They go to the home of the Marshal in charge of Haley's protection, but find him on the floor, mortally wounded. As Hotchner follows him in an ambulance, the marshal tells him that Foyet took his cell phone and called Haley, posing as a Marshal to trick her into meeting him, telling her that Hotchner was killed and they need to relocate, tricking her into going to her own house with her son. Hotchner rushes there while Foyet has Haley calling him on the phone, Penelope hacking into the frequency so the others can also hear it. Hotchner tells his son, in code, to hide in a hope chest until he gets home, and bids farewell to Haley before Foyet shoots her before everyone's ears.

Finally getting to his home, Hotchner finds Haley's body on her bedroom, and Foyet behind a curtain, immediately firing at him. However, after he falls, he sees he's wearing a bulletproof vest. Foyet counterattacks, and a fight ensues between the two. Foyet threatens to kill Hotchner's son, but Hotchner manages to get the upper hand and pin Foyet down. Foyet begs for mercy, but an enraged Hotchner beats him to death. 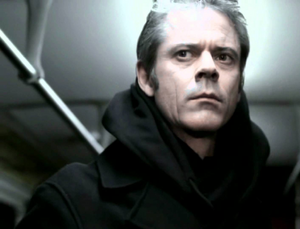 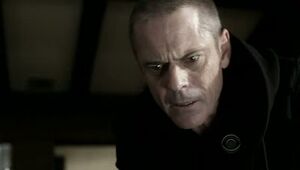 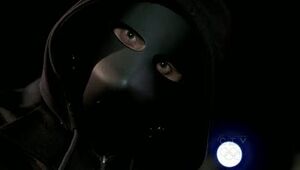 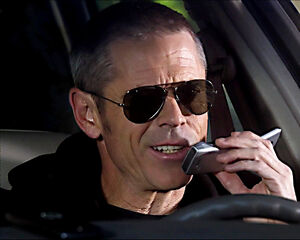 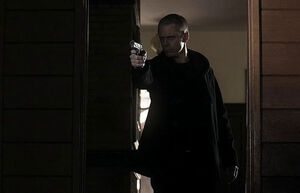 Retrieved from "https://villains.fandom.com/wiki/The_Reaper_(Criminal_Minds)?oldid=3743991"
Community content is available under CC-BY-SA unless otherwise noted.