The Regulators, also known erroneously as the Ku Klux Klan, are a villainous organization from the Quentin Tarantino film Django Unchained. They are a hate group of murderous bigots who want to either kill or remove the black people in their town.

Four of the Klansmen were portrayed by Jonah Hill, Evan Parke, Nicholas Dashnaw, and Quentin Tarantino himself. It is currently unknown who portrayed all 26 of the other Regulators.

The Regulators rode into a field on their horses, howling and carrying their torches. There, they gathered for a meeting from the Master Wizard, who planned to hunt down Stephen and kill him. He put on his mask to get ready for battle but found it hard to see out of it. He messed around with his mask to try and fix it but ended up ripping it instead. At this point, all of the Regulators were complaining about their masks and asked who was responsible for making the masks.

It was brought to attention that the person who made these masks were Willard's wife, Jenny and they did not appreciate her work. When asked if they really needed to wear the masks at all the Master Wizard said that it was very important that they had these masks because it made them look scarier. Without the masks, their team was nothing. Fed up with everybody complaining about all of his wife's hard work, Willard got mad and quit the team altogether, riding off into the darkness. The Master Wizard tried to get everybody back on track and remind them of their primary goal, to kill Stephen and let him know that his kind isn't welcome in their town. A lone Klansmen proposed the idea that they should just forget the bags this time and next time, they'll wear bags with better eye holes. Everybody agreed to that but the Master Wizard overruled them, saying that since he was the leader, he says they're wearing the bags. Whether or not they could see was irrelevant, just as long as their horses could see.

The Regulators raided a wagon out in the middle of nowhere and spotted a bag underneath it, which they assumed had Stephen in it. They checked under there but all that was under there was a pile of junk. Just as they realized they'd been had, Dr. King Schultz shot a bullet into the highly explosive wagon and blew it up, killing several of the members and causing them all to flee including Big Daddy Bennet, whom Django shot to kill him and put an end to The Regulators. 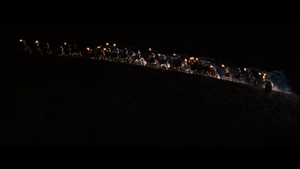 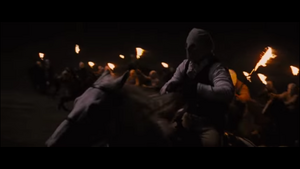 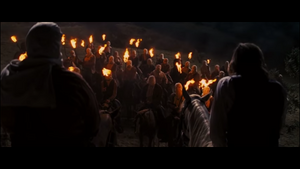 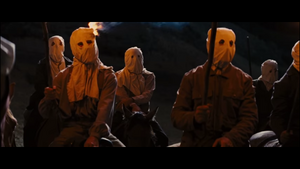 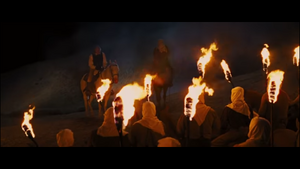 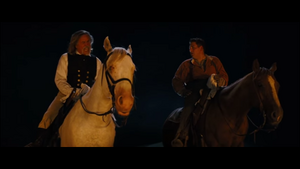 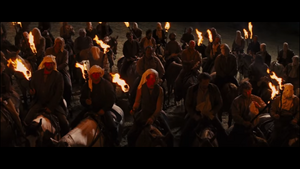 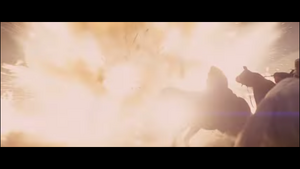