Each members possess their own superpowers

The Riddler and his team are one of the main antagonists of Lego Batman: the Video Game.

They planned to rob the Gotham Gold Bullion by collecting a number of items to get inside the bank: Gold Vault's Key, Freeze Cannon, Vine Seeds and a Laser Gun. Riddler and Two-Face then went to infiltrate the Bank in order to steal the money but both Batman and Robin followed them there. Riddler and Two-Face were defeated and the team members were apprehended and then taken to Arkham Asylum. 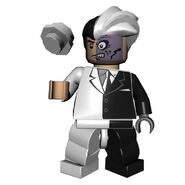 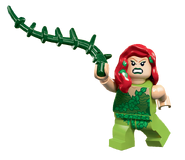 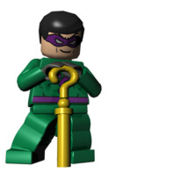 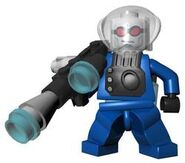 Mr. Freeze
Add a photo to this gallery
Retrieved from "https://villains.fandom.com/wiki/The_Riddler%27s_Team_(Lego)?oldid=3570516"
Community content is available under CC-BY-SA unless otherwise noted.