The People Under The Stairs

Knowledge of deception
Extensive knowledge of both physical and psychological abuse

Killing trespassers, loiters and throw their bodies to their cannibalistic "children".

Kill those who trespassed on their house.

Sadomasochistic Serial Killers
The Robesons are the main antagonists of the comedy-horror movie The People Under The Stairs.

A married couple (who were also revealed to be biological brother and sister) who were never named beyond "Mom" and "Dad" the Robesons were brutal landlords who were prone to evicting the poor black people that lived in their dwellings, which were more akin to ghettos than true housing, the Robesons were quite open in their racism towards the black race and as such were unlikable almost from the start. It's implied their perverted relationships comes from a familial tradition.

However, in private, they are in fact much worse than just unlikeable. They are both horrifingly abusive and psychotic, kidnapping, mutilating, starving and murdering children in cold blood. They are also extremely delusionals and fanatically religious, using some interpretations of christianism to torture the children in order to "purify them". They seem to consider Alice as their favorite by not putting her with the others in the basement. But they treat her quite horribly, seen as Mommy forces her to take a boiling bath. By the end, they forsake all supposed love to her, by trying to kill her when she rejects them. With these facts, they are perhaps one of cinema's more disturbing and outright evil pair, with their crimes being among the most reprehensible as they were targeted almost exclusively at defenseless children.

Despite being partners in crime, they have each their differences in their personalities. Daddy is the most physically abusive, taking care of the corporal punishnments and more prone to get his hands dirty. He is also submitted to Mommy most of the time and he is pretty immature, dancing in joy when he believed he killed Fool. He is a cannibal, as he feeds on Leroy's body before giving the rest to the imprisoned kids.

Mommy is the most psychologically abusive, often guilt-tripping Alice when she made something wrong in her mind. She's clearly the dominant in their relationships and she prefers to avoid to get her hands dirty, ordering Daddy to take care of that part. However, when she is stressed by some event, she easily loose her mind and becomes physically abusive as well especially toward Alice. Mommy is genuinely affectionate to Daddy only. She is also fond of her dog Prince but when he is killed accidentally by Daddy when he tried to kill Fool though the wall, she almost immediately decides to have another dog, suggesting that he is completely replaceable for her.

Their true colors were revealed after one of the boys from the ghetto sneaked into their home and found himself ensnared in a terrible struggle for survival against what he believed at first to be monsters known as the "People Under The Stairs".

The terrible truth was soon revealed to him, the monsters were actually the horribly scarred sons of "Mom" and "Dad" who had been locked up and abused terribly by the Robesons and kept hidden from the world, the only child that was spared this fate was their sole daughter named Alice, though even she sought a means to escape the horrors of this twisted "family", the boy decides to risk his own life to try and rescue the other children as well as himself.

In the process he gets into a confrontation with "Mom" and "Dad". After a few failed attempts at alerting the authorities of what was occurring the boy (named Fool) once again braved the house to try and rescue the children himself, which he ultimately succeeded in doing and they ganged up on "Mom" and killed her. Fool also finds out that The Robesons started out as a family that ran a funeral home selling cheap coffins for expensive prices, then they got into real estate. After they made a lot of money, the family got greedy, and the greedier they got the crazier they got. Fool sneaks back in and reveals to Alice that she is not their daughter, but was stolen from her birth parents. So were all the other children in the basement.

As Fool and the children escape the explosion all the ill-gotten money "Mom" and "Dad" had hidden in their home started to rain down and was collected by the tenants as Fool helps the children to escape into the night. 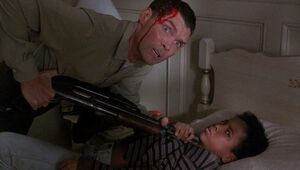 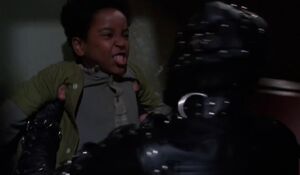 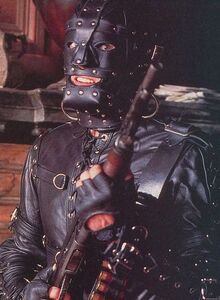 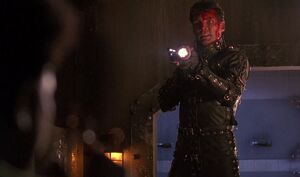 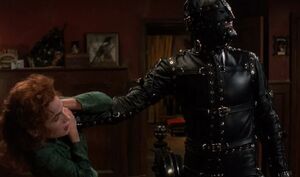 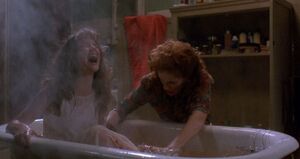 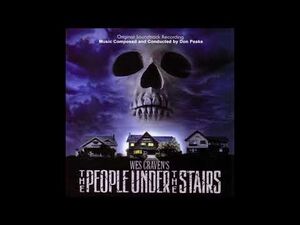 The People Under The Stairs Soundtrack 04. Do The Right Thing