Overthrow Kingpin and usurp his empire (partially successful, then failed).

Criminal Mastermind
The Rose is a villain in the Marvel comics universe and an enemy of Spider-Man. There have been four different versions of the Rose; Richard Fisk, Sergeant Blume, Jacob Conover and Phillip Hayes. The Rose was created by the late Stan Lee and John Romita Sr.

Richard Fisk, also known as The Schemer, The Rose, and Blood Rose, is a crime lord and the son of Wilson Fisk, the Kingpin, and is an enemy of Spider-Man and Daredevil.

When he was young, Richard tried hard to make his parents proud of him, and went to college in Switzerland, keeping his mind and body strong to impress his peers. When he found out that his father had become New York's Kingpin of crime, Richard faked his death, appearing later as the Schemer in an attempt to dethrone his father and take his power. Richard was successful and sent the Kingpin into a coma.

After battling Spider-Man, Richard had a change of heart towards his father and joined the terrorist organization HYDRA, in hopes that he could use their resources to find a cure. He rose through the ranks to become the Supreme Hydra and cured his father. The Fisk family then took over a section of HYDRA but found out that they were beings used by the Red Skull and were forced to team up with Captain America to defeat him.

Later, Richard went into hiding and took on the secret identity of the Rose, and several times came into conflict with Spider-Man and Daredevil. After a while, he tried again to assassinate his father as Blood Rose, but failed. When his mother Vanessa found out, she killed her son in anger, but soon regretted it and died of sorrow.

The second Rose was Sergeant Blume (first name unrevealed), a police officer seeking revenge on the Kingpin for the death of his brother, another policeman. While Blume allied himself with Richard in hopes of doing good by breaking the Kingpin's hold on the city, he ended up implicated in several crimes while in the Kingpin's service. He ultimately was shot and killed in a confrontation with Richard's men in the Catskills after he had kidnapped Peter Parker (Spider-Man)'s Aunt May and wife Mary Jane Watson, mistakenly thinking that Peter had discovered information that would blow the lid off of the Kingpin's organization, thus revealing Blume as a double agent.

Sometime later, the Jackal brought back to life Blume in a new cloned body; back as The Rose, Blume decided to stay with the Jackal, serving him at New U Technologies with other resurrected Spider-Man's villains.

The third Rose was Jacob Conover, a reporter at the Daily Bugle, who took up the identity as payment for saving the life of crime lord Don Fortunato many years earlier. This Rose was loyal solely to Fortunato, as at the time the Kingpin had not returned to power, and his principal enforcer was the cyborg powerhouse known as Delilah. Conover faced a repeated threat to his territory from the Argentinian crime lord known as the Black Tarantula, eventually being present without his Rose disguise when the Tarantula launched a direct assault on Fortunato's home. Preparing to gun down the Tarantula and a roomful of witnesses, Conover was stopped by Spider-Man and carted off to jail.

The fourth Rose was Dr. Phillip Hayes. He took up the Rose persona after he lost his funding in gene-therapy research after an accident in the Phelcorps laboratory, a result of which was the new heroine Jackpot. He deals in "Ebony" shipments, a synthesized drug created from Corruptor's sweat glands. He managed to slip under the superhero radar for a while, but Jackpot was getting closer to discovering his involvement. After he discovered the secret identity of his opponent (through a coincidence resulting from being Sara Ehret's co-worker), he hires Boomerang to track Sara down at her house and murders her husband in front of her and her daughter. He is later arrested and unmasked, much to Sara's shock.

In the Marvel Adventures continuity, the Rose is a criminal with enough financial resources to bid a fortune on highly sophisticated battle suits.

In this alternate reality, Richard was a nine year old child who had a loving relationship with his father, Wilson Fisk. Wilson would attempt to become the Kingpin of Crime and claim he was doing it for Richard. However, this was proven to be untrue when Fisk let Richard die at the hands of Dante Rigoletto.

Spider-Man: Into the Spider-Verse

Richard Fisk appeared as a young boy in the 2018 animated film Spider-Man: Into the Spider Verse, voiced by an uncredited actor. Like his original counterpart, he is the beloved son of Kingpin and Vanessa Fisk. This version, however, grew up not knowing of his father's criminal activities, until he and Vanessa witnessed him fighting Spider-Man, and fled in horror. While trying to keep Richard from looking back, Vanessa took her eyes off the road and did not see a truck coming, resulting in both Richard and Vanessa dying in a truck accident. Kingpin's plan hinges on using the particle accelerator to bring alternate universe versions of Richard and Vanessa into his universe. He briefly succeeds, but the alternate Richard and Vanessa also leave Kingpin, which drives Kingpin into a murderous rage as he tries to kill Miles Morales with his bare hands. Unlike most versions, this version isn't a criminal as he was equally disgusted with his father after seeing him attack Spider-Man. Other than that, the movie reveals little information about him. 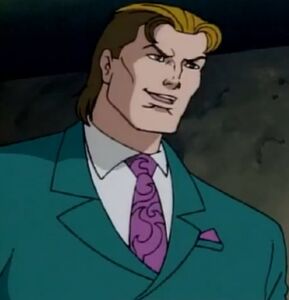 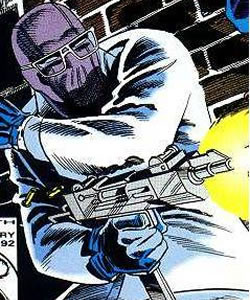 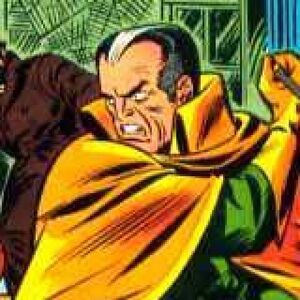 Richard Fisk disguised as the Schemer. 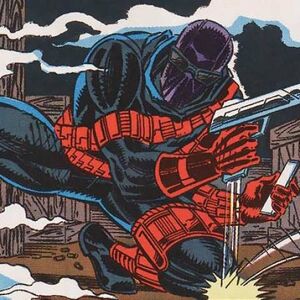 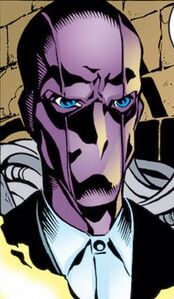 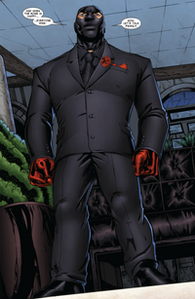 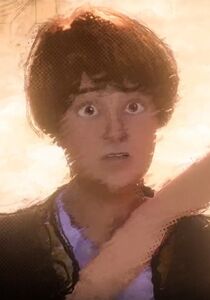 Richard in Spider-Man: Into the Spider-Verse.