Killing his victims in long and extended brawls.

Ivan Vassilovitch Dragovsky, better known as The Russian, is an antagonist in Marvel Comics. He is an opponent of the antihero known as Punisher. Originally a fairly traditional Punisher foe (having little in the way of superhuman powers) he evolved into a more powerful comic book super-villain following his resurrection by a paramilitary group.

The man known as the Russian was hired by the crime boss Ma Gnucci to eliminate the Punisher. He located him while the Punisher was moving out of his latest safe house, still recovering from severe wounds suffered in a previous battle with the Gnucci army. Almost unarmed and weak, Frank Castle was beaten severely by the Russian, who took the chance to enlighten the reader about his views on capitalism and American comic heroes and enjoyed the exercise immensely. During the course of the fight, though, the Punisher learned that the hired killer had a serious aversion towards hot things and later, when he was thrown through a door into his obese neighbor's (A man aptly named Mr. Bumpo) apartment, he used a very hot pizza to blind the Russian and then crushed him beneath Mr. Bumpo, until he died of asphyxiation. He is later seen with his head cut off.

Several months after his death at the hands of the vigilante, a secret paramilitary organization retrieved his body parts. Using technology stolen from S.H.I.E.L.D., they reattached his head onto his body and augmented him with super-hard alloy coating to his skeleton with countless internal organ modifications, rendering him superhumanly strong and resistant to any type of injury. The process also involved hormone injections that enlarged his breasts, which he took in stride, and he even began to wear women's clothing. (Spider-Man, in a team-up with the Punisher, famously referred to this version of the Russian as "Giant-Sized Ma'am Thing", a pun on Giant-Sized Man-Thing, an infamous comic.) He enthusiastically agreed to serve the organization's head, General Kreigkopf, only to be allowed to take his revenge on the Punisher. His efforts failed when he was thrown off the Empire State Building by the Punisher but the damage he sustained was eventually repaired, waiting to clash once again with his adversary.

Later he was given his opportunity when the Punisher, having learned who was behind the Russian's resurrection, traveled to the island known as Grand Nixon to take out Kreigkopf. The deranged general was about to crash a Boeing 747 brimming with commandos into a European Union council to prove, once and for all, that he was not a man to be trifled with. The Russian was on board too, and when the Punisher blasted the plane before it could even take off, he emerged from amidst the flames. Kreigkopf gave him the order to terminate the Punisher, and a terrible fight aboard a second plane (this time carrying a French hydrogen bomb) ensued, where he finally died when Frank Castle tied him to the bomb and threw him off the plane. The bomb exploded, smothering Grand Nixon island and the Russian out of existence.

Following his resurrection, the Russian's natural physiology was rebuilt using a combination of extremely durable metal alloys and plastics.

Much of the Russian's musculature and ligaments were replaced with extremely durable, but lightweight plastics, increasing his already prodigious strength to higher levels. While the exact limit of his superhuman strength wasn't known, it is known that it didn't exceed 10 tons.

The Russian's dramatically altered and enhanced artificial musculature produced less fatigue toxins during physical activity than a normal human, granting him an unknown degree of superhuman stamina. He could, however, exert himself at peak capacity for at least several hours before the build up of fatigue toxins in his blood began to impair him.

The Russian was in the 2004 film The Punisher as an assassin for Howard Saint. His role is very similar to his role in the comics. Unlike the comics however, he does not speak in the movie. He was played by Kevin Nash.

The Russian is a recurring opponent in the Punisher video game and acts as a boss on two occasions. 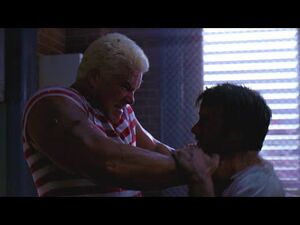 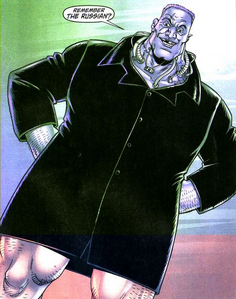 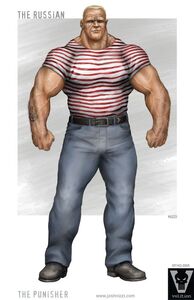 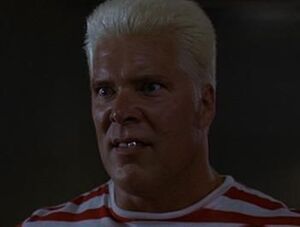 Kevin Nash as The Russian in The Punisher (2004) 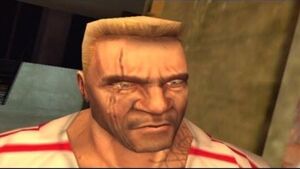 The Russian in The Punisher videogame. 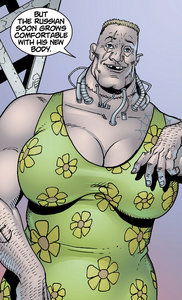