Villains Wiki
Register
Don't have an account?
Sign In
Advertisement
in: Mature, Hitman Villains, Evil Vs. Evil,
and 24 more

Eliminate their targets (successful before Agent 47).

LaSandra Dixon is voiced by Vivica Fox, but the rest of the members' collective voice actress are unknown.

They began as an experimental wetworks unit. Proposal for the formation of the hit squad came directly from Benjamin Travis. There's an official name for the campaign squad and it was ICA Initiative 424, with the squad codenamed The Saints. The initiative involved "the recruitment, training and deployment of female agents to conduct field operations under cover of spiritual persons". LaSandra Dixon was assigned field to be the captain. She was also responsible for scouting for potential candidates. Though, her teammates Heather McCarthy acts like a leader to the group.

Mentioned by an ICA member, majority of the recruits are war orphans, domestic dispute victims and probationary convicts, with a history of violence. And having a tragic past, though the member of the Saints do not seem to have a tragic past due to being prisoner, except on Dijana and Agnija who lost their parents, but eventually turned criminals until they found to be a member of the newly assassin group called The Saints.

After the recruitment on 2007, & was finalized and approved on May 2, 2007, The Saints began their training in weapons handling and marksmanship, interrogation and torture techniques, hand-to-hand combat, demolition, biochemistry and electronic communications. And other capabilities of an assassin.

The agents were also taught the language and deportment of nuns. Having excelled in their training beyond Agency expectations, The Saints were finally greenlit for field operations in July 2007. They commited many crimes and they kill their targets successfully.

They are responsible for numerous high profile assassinations around the globe, proving themselves from contract to contract. They have participated in operations in Madrid, Prague, and even a botched meeting to kill Castro in Cuba. Their notoriety has earned them the name "Angels of Death". They succeded in terrorizing the military base.

The only mark against their otherwise sterling reputation was the loss of a teammate, Boo, during a mission in Spain.

In 2012 the Hitman Absolution game, The Saints have an appearance of a minor character, they are seen torturing a old man in panama, Travis call's Dixon in the phone, telling her that she will have a new mission, and that mission is to eliminate 47, Dixon agrees, and the team went to eliminate a high end assassin called Agent 47.

After, Agent 47 fought on a villain in mission 13, 47 walks in a motel called Waikiki Inn, he take a shower, later The Saints arrive bombing the whole building, 47 survives, and need to eliminate the Saints.

First two Saints to be eliminated

Their only to saints are near to 47, and that is Jennifer Paxton and Heather McCarthy.

Second two Saints to be eliminated

After 47, escape on the first place, proceed to the second place you're next target is the two sisters Dijana Radoncic and Agnija Radoncic.

Third three Saints to be eliminated

After you leave the Waikiki Inn, there are only three Saints you need to eliminate, there are many guards surrounding in the cornfield.

Here are the ranks of the saints.

Rank: Should be sparrow but eagle

The Saints disguise as nuns in order to kill Agent 47.

The Saints bombing the Waikiki Inn in trailer. 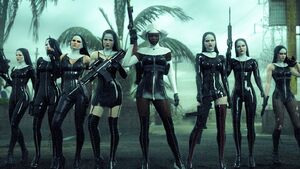 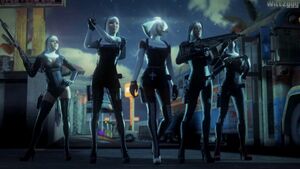 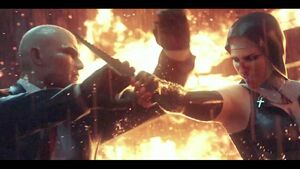 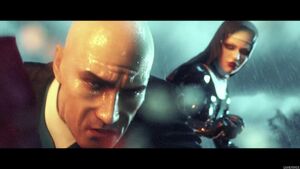 Agent 47 had been knockout by Heather McCarthy. 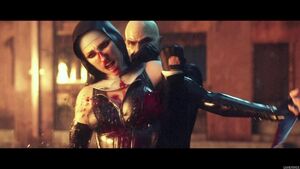 Jennifer's death in the 2012 Hitman Absolution the Saints trailer. 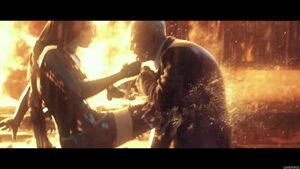 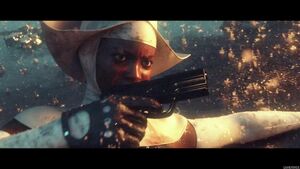 LaSandra was about to kill Agent 47. 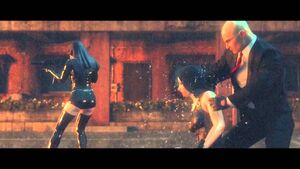 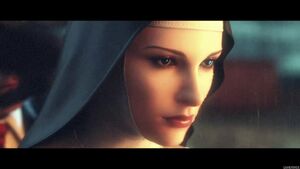 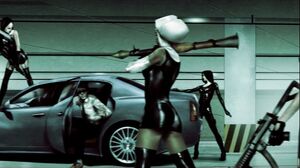 The Saints in ICA files. 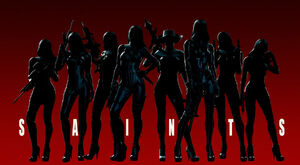 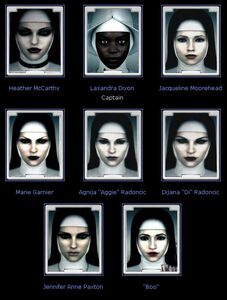 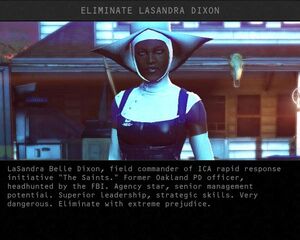 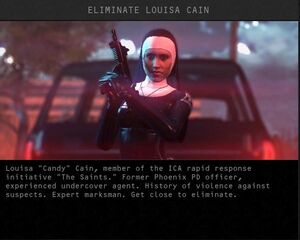 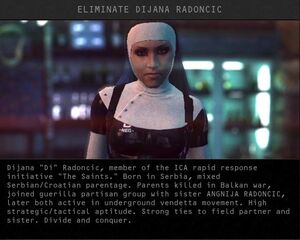 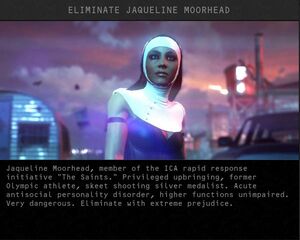 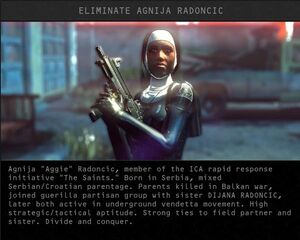 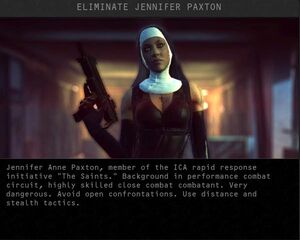 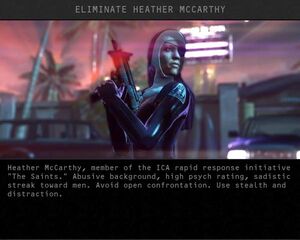 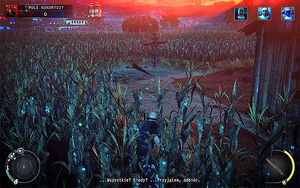 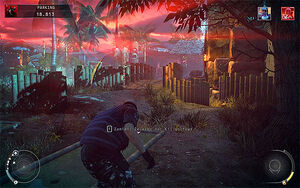 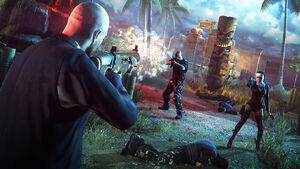