Sparda (named in the honor of the Legendary Dark Knight)

Vast amounts of demonic power and energy to near godlike levels

Helping the Order of the Sword in their goals.

Aid the Order of the Sword in cleansing and ruling the Earth.

The Savior is a demonic and gigantic statue in Devil May Cry that was made in the image of the legendary Dark Knight Sparda, created by Sanctus and the Order of the Sword to help them purge and conquer the world.

So as to activate the Savior, Sanctus and the Order of the Sword needed it to absorb someone with Sparda's blood. Then to control it, one needed the Legendary Dark Knight's ancient sword.

The Order then recovered Yamato and created the lesser Hell Gates so as to draw in his son, Dante. Not only did they manage to draw the son of Sparda in, they got his sword from Trish, disguised as Gloria, giving them everything they needed. But they were unable to capture Dante and eventually decided to use Nero to power the Savior instead. The Order managed to draw him to the statue's sanctuary by having Agnus kidnap his love interest, Kyrie. Sanctus attempted to convince Nero to be absorbed willingly by absorbing her into the Savior as well, but he refused and attempted to fight, only to be defeated and absorbed, while Sanctus took Yamato from him. With his creation now fully awakened, the holy man gave the demon blade to Agnus so he could open the true Hell Gate beneath Fortuna. As the demons descended on the city, Sanctus unleashed the Savior, which destroyed the demons in an attempt to show the citizens that his creation was their ultimate salvation. However Dante managed to follow Sanctus and his creation and succeeded in destroying the minor Hell Gates, as well as retrieving Yamato and destroying the true Hell Gate. With this done, Dante confronted the Savior but, knowing he couldn't destroy the Savior from the outside, sent Yamato into the statue to Nero, freeing him. The part-demon then headed to the being's heart where he fought Sanctus Diabolica and saved Kyrie, escaping as the Savior fell.

But it was not over yet and the statue fused with Sanctus's remains to become the False Savior to attempt to destroy Nero one more time. However this had greatly weakened the Savior and Nero managed to deflect its slow punches with his Devil Bringer before crushing its head, finally destroying the being.

The Savior supplies its user with an invincible armor and, despite its size, is quite quick, attempting numerous times to punch and kick Dante, using its levitation based powers. It can fire bolts of light energy, which can wipe out masses of demons, destroying them in a god-like manner. The Savior can also fire orbs of darkness, explosive blasts of energy, and, its most powerful attack, a massive beam of destructive energy. The gems on its body contain great demon and spiritual power, though they act as weak points of sorts, but the Savior can still use its powers without them.

Within the Savior is an enormous demonic dimensions, and Sanctus can emerge from any part of its body at will. 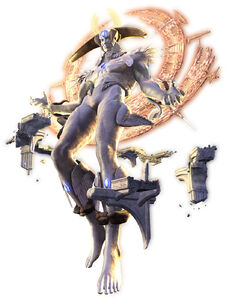 The Savior with an all white light background behind it. 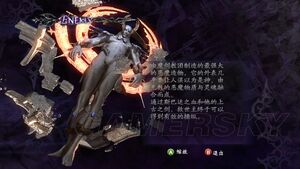 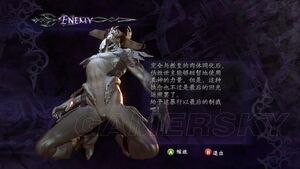 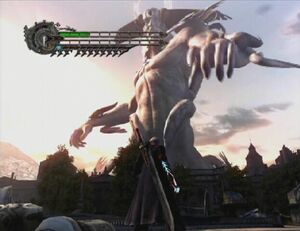 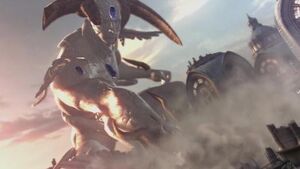 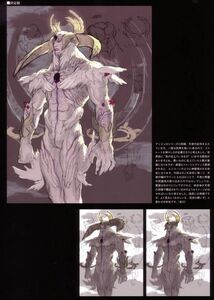 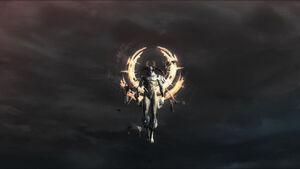 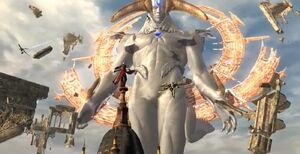 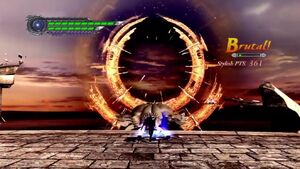 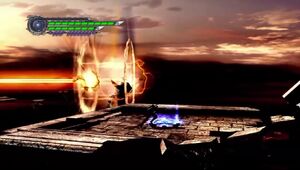 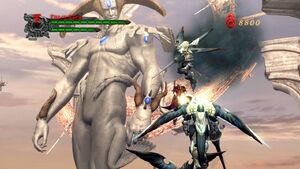 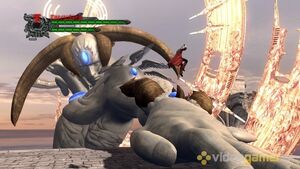 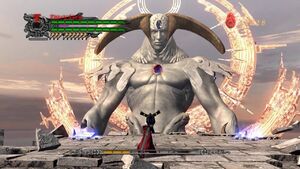 Retrieved from "https://villains.fandom.com/wiki/The_Savior?oldid=4142942"
Community content is available under CC-BY-SA unless otherwise noted.