Knowledge of their environment and good navigation

Crucify, bury and eat the flesh of the "Scalled Messiah" so they may be removed of their sickness and rejoin Temple Gate to be sheltered from the Antichrist (failed).

The Scalled are an antagonistic force in the 2017 survival horror video game Outlast 2 and they are one of the two splinter factions of the Testament of the New Ezekiel (along with the Heretics).

The Scalled were a part of the Testament of the New Ezekiel until they were cast out into the forest near Temple Gate when they caught florid diseases. Though this was in fact syphilis and gonorrhea, Knoth and Laird claimed that it was a "sickness of the soul".

The Scalled are recognizable for being in a constant state of agony due to their diseases treated without medical attention and the incredibly poor living conditions. They are malnourished due to a lack of food and deathly thin. Most of them are covered in pus and bandages, some even have amputated arms and missing eyes.

The Scalled's belief deviate from the practice of Sullivan Knoth's already distorted religion. According to the Gospel of the Scalled Christ, a "Scalled Messiah" will come from heaven which they will crucify, bury and eat the holy flesh so they can be cured of their diseases and welcomed back info Temple Gate in open arms. Their deacon and leader; Laird Byron will be revered for his sacrifices to the Scalled and all of Temple Gate.

Whilst people like Laird and Nick remain loyal to Knoth, some Scalled have grown doubtful with their faith and many think they have promised more than he can deliver. They also hate Laird for his tyranny and murderous temper (calling him a "hegemon", a "tyrant" and other insults behind his back"). This hatred was so much that they even killed Laird and Nick when the chance arose.

As he makes his way to the mines to rescue his wife from the Heretics, Blake Langermann falls off a bridge and into the Scalled territory. He encounters Laird murdering a "non-believer" and several huts where many Scalled reside. Eventually, Laird deduces that Blake is the "Scalled Messiah" and begins hunting him through the forest though Blake suffering vivid hallucinations allows Laird to ambush him. They crucify and bury him though Blake escapes both times. While Blake tries to escape from the village with a rope descending from a building, two Scalled villagers see the opportunity to kill the pursuing Laird and Nick by pushing them off the building. Likely after this the rest of the Scalled roamed the forest to die of their diseases. 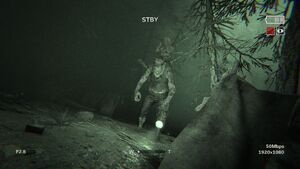 Laird Byron, the leader of the Scalled and his mount, Nick Tremblay 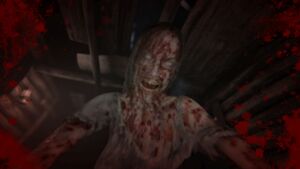 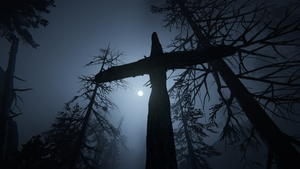 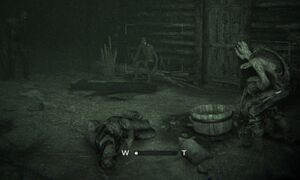 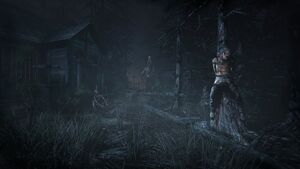 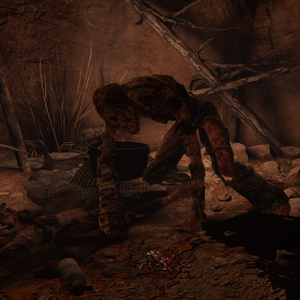 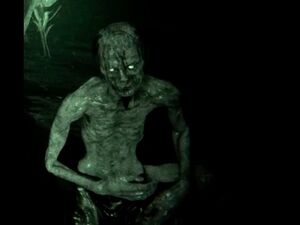 Retrieved from "https://villains.fandom.com/wiki/The_Scalled?oldid=3985933"
Community content is available under CC-BY-SA unless otherwise noted.