The Seeker (Hide and Seek)

Find the kid (succeeded in both songs).

The Seeker is the main antagonist of the song "Hide and Seek" by Korean VOCALOID SeeU, loosely based on the Creepypasta horror story "How to Play Hide-and-Seek Alone". It is a demon or ghost that finds kids that are alone, at home, and forces them to play a game of hide-and-seek. If the seeker catches the kid, it possesses them, and kills them.

The story began with a doll, that was possessed by an unknown entity (some say it was the ghost of a child murdered while playing hide and seek, others say it was a demon). The family that owned the doll began to become afraid of the doll, so they gave it to the child that neighbored them. A few days later, the child went missing. Soon afterwards, the child was found dead inside the home of another child, who was missing. Soon after, this missing child was found dead inside the home of another missing child. In actuality, the first child was possessed by the spirit inside the doll, and the spirit went to the second child, played "hide-and-seek" with him, and once found, possessed him, killing the previous host. The cycle then repeated as this new possessed child went to play "hide-and-seek" with the next victim.

Eventually, after several more victims, the song takes place. The current victim is a girl, who is stalking a young boy, trapped inside of his house. The seeker said to the girl that it is useless to hide and it was already too late for her to run away. She then possesses the girl. After she breaks into the house, the game begins. She tracks him down through the halls, and finds him hiding under the desk. She then mauls and possesses him off-screen. The seeker, after possessing the boy, went out from the girl's body and kills her, and goes inside the boy's body. The final shot shows the girl dead on the floor, and the boy with empty eyes, smiling at the screen, implying the viewer is the next victim. 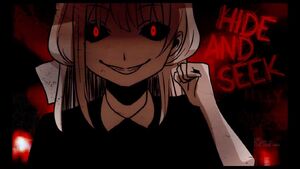 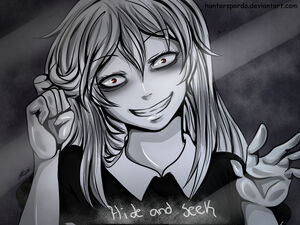 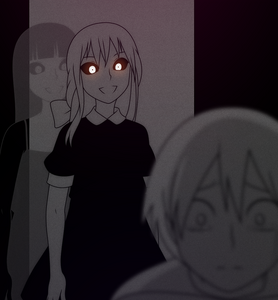 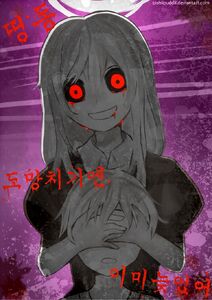 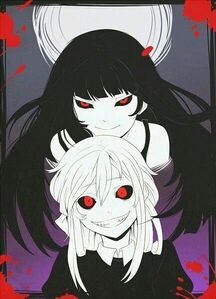 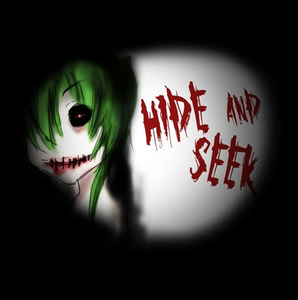 The Seeker in the GUMI version 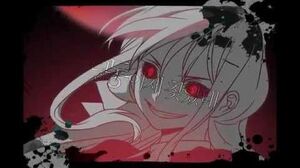